In May 2019, Jack Hinkle's wife, Sherry, was diagnosed with cancer and given three to six months to live. When her doctor offered a chance to extend her life with chemotherapy, she gave it a brief try, but it proved too much for her 80-year-old body. 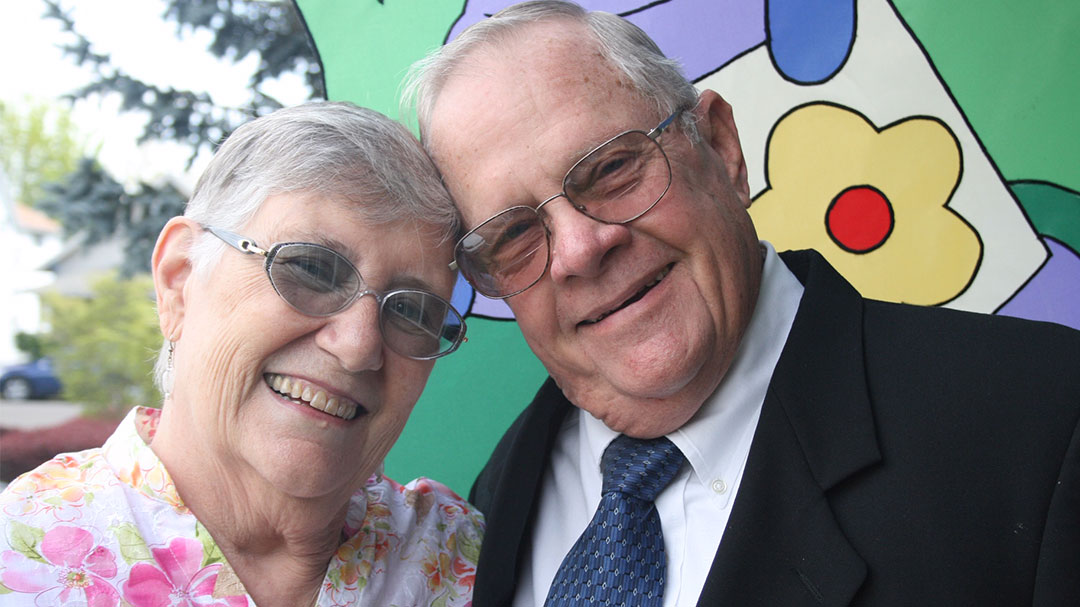 Hinkle had no doubt what was next: He would care for her himself until her last breath. That day came nearly a year later, on April 9, 2020, when Sherry died peacefully beside her husband in their Monmouth, Oregon, home.

What made those days good ones, says Hinkle, 86, a retired law enforcement officer and travel agent, was when her doctor turned her care over to Willamette Valley Hospice in nearby Salem. "That was unequivocally the best thing he could have ever done. We felt so comfortable," Hinkle says.

Hospice is a fully funded Medicare program for people who are terminally ill, with a life expectancy of six months or less, and want to die at home (which includes nursing homes and long-term care facilities). Hospice is focused on caring, not curing. In addition to palliative care, which focuses on relieving symptoms and suffering, hospice attends to the emotional and spiritual needs at the end of life. Each patient and their family are supported by a specially trained team that includes nurses, counselors, chaplains and volunteers.

"They explained the kind of care we would get," says Hinkle. "Weekly visits with the nursing staff, then when it got worse, twice a week and then as needed."

Hinkle was able to draw on his strong faith and church community for support, as well as visits from Sherry's five grown children, who all live in other states. But it was hospice, he says, that got him through it.

While most people today say they want to die at home, according to a 2018 Stanford University School of Medicine study, the majority who die from illnesses end up spending their final hours in hospitals or other acute care settings.

But with proper planning, a peaceful home death is within reach for many — if only more people understood what hospice care is, how it can help, and how and when to access it.

Mutual of Omaha's free Guide to Hospice Care explains what you need to know about hospice, including eligibility, costs and what's provided, as well as a list of resources for end-of-life issues.

A Guide to Hospice Care (PDF)

"It's still a struggle to get people to use hospice early enough to benefit from the care we offer," says Lori Bishop, a former hospice nurse who's now vice president of palliative and advanced care with the National Hospice and Palliative Care Organization, a national organization for providers and professionals who care for people affected by serious and life-limiting illness.

Bishop says 50 percent of patients use hospice 18 days or less, and about 35 percent are in hospice care for a week or less. "If people use hospice sooner rather than later, it can benefit them in many ways. It's the most comprehensive benefit of Medicare," she says.

A lot of people miss out on the opportunity to use hospice because they don't let their loved ones know in advance that, when the time comes, they want to die in hospice. And they don't put those wishes in writing in the form of advance directives, which state a person's preferences for medical treatment in the event they are unable to communicate them to a doctor.

Is hospice right for you?

Dying at home is not necessarily the best option for everyone. "It can be hard on the caregivers," Bishop says. "If the family will have some trauma afterwards, you need to factor that in. Someone might say, 'I'm not sure I want that memory here.' Hospice can also be provided in a nursing home, or a hospice facility, or short term in a hospital."

It's also not uncommon for family members to have conflicts about health care decisions. "The hospice team can help normalize how different people in the family are responding" Bishop says. "We have wonderful people on the team to help guide those conversations."

In Hinkle's case, his stepchildren were fully behind him. "They said, 'Pops, she is your wife. You make the decisions" he says.

And he did. He did his own shopping and yard work, coming in every 15 to 20 minutes to check on Sherry, who'd been diagnosed a few years earlier with a slow, progressing form of Alzheimer's disease. She'd watch TV while he did his chores and cooked their meals.

"We lived a normal home life" he says.

"If people use hospice sooner rather than later, it can benefit them in many ways."

Hospice workers visited up to three times a week only toward the very end, but Hinkle knew they were available daily, and on call 24/7. "All I had to do was call," says Hinkle, who even took care of Sherry's bathing until the last couple of times before she died. "When I could no longer do that, they sent a marvelous young lady, so tender. And Sherry liked her."

As for pain, Sherry only had minor aches, which Hinkle managed "sometimes with just a hug," he says. She only needed something stronger to help ease her breathing the last couple of days. "I had different medications and shots in the fridge that hospice provided and told me how to use" says Hinkle.

Mostly, Hinkle handled things himself because he didn't want too many people coming in. "It would confuse her," he says. Besides, "I enjoyed it. I'd get tired a little bit, but she was my charge."

"Of course," he says, "I cried a lot. The hardest part emotionally was knowing I was going to miss her like the dickens."

Mutual of Omaha's free Guide to Hospice Care explains what you need to know about hospice, including eligibility, costs and what's provided, as well as a list of resources for end-of-life issues.

A Guide to Hospice Care (PDF)

1 Interview with Lori Bishop, vice president of palliative and advanced care, National Hospice and Palliative Care Organization on May 20, 2020

When a Loved One Dies: Navigating Grief and Managing the Decisions

When a Parent Dies: Managing Your Grief While Supporting Your Surviving Parent

What Is the Best Age to Buy Long-Term Care Insurance?