According to a 2019 U.S. Census Bureau report, more than 10,000 people in the U.S. turn 65 every day a number that's only going to grow over the next five years. In addition to being the age at which Americans become eligible for Medicare, 65 has long been regarded as the traditional age for retirement. But as we're living longer, and in many instances working longer, 65 is becoming less a marker of the end of your working years and more a milestone for new beginnings.

Here's a guide to help you navigate the physical and emotional challenges and opportunities that lie ahead. We've linked to additional resources, including a handy graphic to remind you about key sign-up dates for Medicare, because not signing up on time can cost considerable money in the long run in the form of penalties or higher premiums.

The emotional challenges — and opportunities — ahead

Rob Fulton spent his entire work life as a commercial pilot. He flew helicopter combat missions in Vietnam and led oil exploration expeditions above the Arctic Circle. He flew crop dusters and passenger planes for major airlines. He's been shot at, has landed flying sideways on small ships at sea, and, in his last job, upgraded a hospital's medical helicopter program to the tune of $4 million.

But nothing prepared him for being forced to retire at age 68. 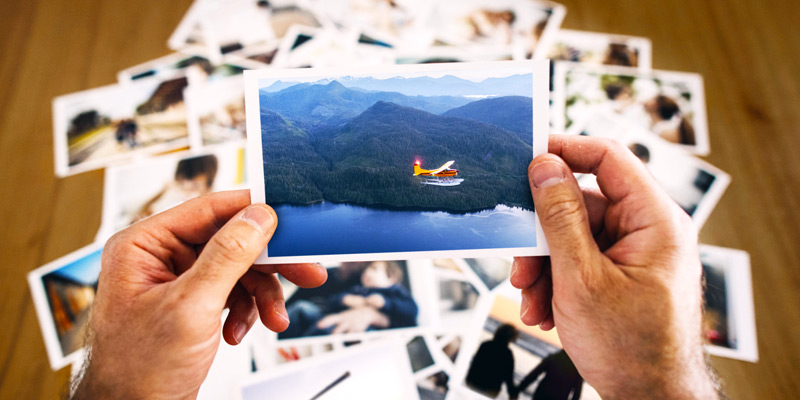 Before Rob Fulton was forced to retire, his aviation career included flying bush planes in Alaska and helicopter combat missions in Vietnam, and overseeing a hospital's helicopter medical program.

"I loved what I was doing," says Fulton. "I was managing and flying for this hospital medical program. And they just closed it down. Less than 24 hours later, I'm without income, three months short of vesting for my retirement. To be honest, I was basically 'T-boned' when it came to retirement."I went home, sat in a chair and stared at the wall," he says. "For four or five months, I didn't have a clue what to do."

The transition into retirement, planned or not, can bring emotional challenges that most of us don't expect and aren't prepared for. These can range from boredom to more complex ongoing emotional issues that were never addressed amid the distractions of career and family.

"There are people who look ahead to retirement with rose-colored glasses, thinking it's going to be a 25-year vacation," says Marianne Oehser, a retirement consultant. "But there are also people who are afraid. They have a mindset that retirement is the end of the road. That they are just going to get sick and die. Looking at retirement through that lens leads to some pretty serious challenges: depression, loneliness, divorce, alcohol abuse, and even suicide."

A chance encounter with Oehser at a dinner party put Fulton on the right track to pull himself out of depression. Through retirement coaching, Fulton discovered tools to deal with the grief of his career loss, as well as anger at past issues and the need for forgiveness, whether or not the offender expressed regret. He realized that he had accumulated a lot of baggage through life, including "some heavy stuff" that a busy career had kept at bay. "When you retire, suddenly all this stuff is sitting there," he explains.

A sense of purpose

People who retire sometimes lose the sense of identity and purpose that came with a career. "Often, we define our purpose by what we do," says Oehser, author of the book Your Happiness Portfolio® for Retirement: It's Not About the Money! 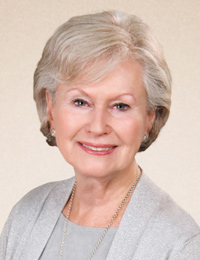 "People who say they have a sense of purpose live at least seven years longer than those who do not."

One of the easiest ways to fend off a loss of identity is to hold off on retirement, says Norman Abeles, professor emeritus of psychology at Michigan State University and an expert on aging. "If you like your job, stay as long as you can," he says. "Or, if you can, trying phasing into retirement. Work half-time or quarter-time."

Plan ahead and learn an additional skill that's marketable, Abeles adds. Learn new skills or adapt old skills. Take a deep dive into your gifts, talents and passions, and see if they might be shifted slightly to be put to use elsewhere.

Oehser points out that "people who say they have a sense of purpose live at least seven years longer than those who do not."

Mary Wallace was 57 when she retired from her hospital career to launch Wallace Scones in Farmington Hills, Michigan. The business makes and sells frozen scone dough to allow customers the experience of baking their own "homemade" scones. The company donates 10 percent of their profits to a local charity.

"It was very clear to me that I was going to need something to do when I retired," Wallace says. "I think it's important to stay socially and physically engaged. I feel like I'm giving back and I have a purpose. And to have a purpose is essential."

It was the loss of his sense of purpose that sent Fulton into an emotional tailspin. Once he worked through his depression, he realized he had always wanted to write. He soon found the energy to write several books as well as two screenplays, one of which he sold to a large media company. He also recently made his first paid speech.

"I've never been happier in my life," Fulton says. "When I really felt free, I started making a list. I want to learn French, I want to get in a sailboat race, and I want to write."

Closely related to a loss of identity in retirement is the issue of boredom - simply not being able to fill the large amounts of time you suddenly have to yourself.

A 2018 study by the U.S. Department of Labor's Bureau of Labor Statistics shows that people 65 and older watch, on average, more than four hours of TV a day.

"That's not what everyone had in mind for retirement when they were working all those hours, all those years," says Joe Casey, managing partner in Retirement Wisdom, a coaching group based in Princeton, New Jersey.

Casey suggests retirees create new, positive habits. Some habits can even provide double and triple benefits. For example, exercising at a gym can provide physical and social benefits, while tutoring children can provide mental, social and emotional benefits.

Another way to fend off boredom is to pursue interests you never had time for while working. There are countless classes and courses available at community organizations, colleges, and even online. "It is absolutely easier to retire and find meaningful activities today than it was 20 to 30 years ago," says Abeles, who is an energetic 91.

According to the Health Resources & Services Administration, 43 percent of seniors feel lonely on a regular basis. What's more, there's a 45-percent increased risk of mortality in seniors who report feeling lonely. Loneliness is as damaging to their health as smoking 15 cigarettes a day.

Keeping in touch with friends, family and others is an essential part of combating isolation. "Have lunch with your buddies, if you can," says Abeles. "I have three sets of buddies." He socializes weekly with friends from MSU, his religious organization and his gym.

Abeles says it's important to accept the realities of your own situation and adapt. "Work with what you have," he says. "You can still do a lot of things you used to do. If your health is good, that facilitates you keeping busy."

Abeles smiles when he thinks of people in their 60s being worried about the future. "Stop worrying about your 60s," he says. "Sixty-five is an arbitrary number that came from Social Security. According to a 2016 [U.S. Census Bureau] report, we have 46.2 million people over the age of 65 in the U.S. I think things have improved. I’m an optimist."

How Your Body Changes As You Age

When to Enroll for Medicare