When A Loved One Dies: Navigating Grief and Managing the Decisions

When A Loved One Dies: Navigating Grief and Managing the Decisions

We all struggle with grief: What to say to someone who is grieving and how to deal with the sometimes overwhelming tasks that confront us after a loved one dies. The stories below offer guidance and insight from experts and individuals who have confronted these issues. 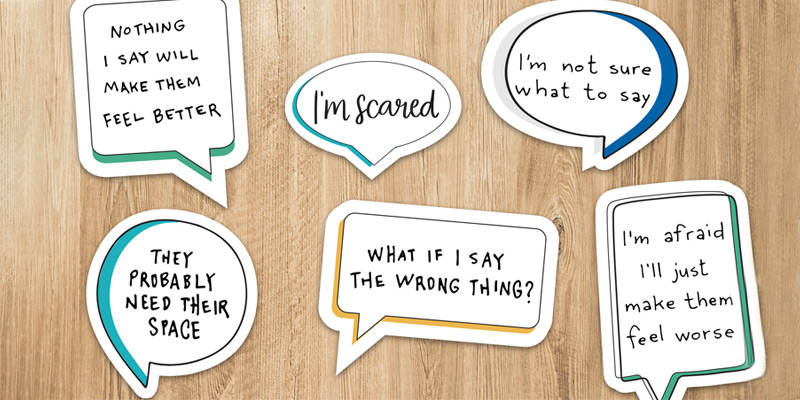 How to Support Someone Who Is Grieving

After losing her parents six weeks apart in 2017, Lisa Provost couldn't seem to catch a break. The support groups she looked into were either not available or didn't work for her. Moreover, after taking care of her ailing parents for 15 years, she was forced to sell her family home, leaving her terrified of becoming homeless and desperate for help.

Provost thought she could at least count on kind words of support from family and friends. Instead, she found what people said to her, though not intended to be insensitive, was often more hurtful than helpful.

Some of the unintentionally insensitive things she heard:

"It's all part of a bigger plan." "Everything happens for a reason." "You're so strong. You can handle anything."

"People decided I was attracting bad things," Provost recalls. "That I wasn't positive enough, that I should be over it by now."

She says she realized family and friends expected her to handle her grief in ways that made things less awkward for them.

"When that didn't happen, I lost a lot of friends," says Provost, who went on to start her own grief support group.

When it comes to loss, one might expect a seasoned therapist to cope well. Megan Devine discovered how untrue that is. She had been a practicing psychotherapist for nearly 10 years when she lost her partner, Matt, in a drowning accident in 2009.

"I was so unprepared for the grief that I wanted to call each of my clients to apologize for my ignorance," says Devine.

Like Provost, Devine discovered she had well-meaning friends who simply didn't know how to support her. 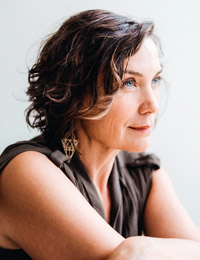 "I didn't want people who truly wanted to help to stop trying because it seemed too hard."

"It's indicative of our grief-phobic culture," Devine says on her website. "Those grieving don't know how to ask for help, while friends and loved ones don't know what to say or do. They end up saying insensitive things or sometimes nothing at all."

Devine was so shocked by the lack of understanding and helpful information regarding grief that she shifted her professional focus, became a grief advocate and wrote a book, It's OK That You're Not OK: Meeting Grief and Loss in a Culture That Doesn't Understand.

If you remember just one thing, it's this, says Devine: "It is not your job to fix somebody's pain. It is your job to acknowledge it."

For example, when someone says they are missing their parents, don't try to cheer them up. Instead say something like: "That sounds like it's really tough. Do you want to tell me about them?" 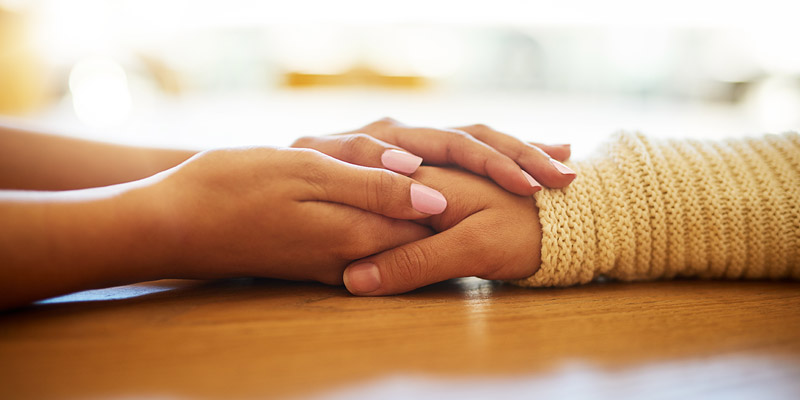 Among the things Devine counsels that you not say to someone who's grieving a death:

"Everything happens for a reason.""At least you had them as long as you did.""Shouldn't you be over that by now?""Your mom would want you to be happy.""You can always have another child.""You're so beautiful and smart. I'm sure you'll find somebody else soon."

"All of that doesn't acknowledge your grief," Devine says. "It tells you that you shouldn't be feeling it. It's also omniscient: How do they know what your parents would want for you? All you're doing is telling the person, ‘Stop being sad because you're making me uncomfortable.'"

Saying or doing nothing can be just as hurtful. "I have met several people who've told me they watched people cross the street to avoid talking to them while they were grieving," Devine says.

What to say … and not say

So what should you say to someone consumed by grief?

"You practice, you try things," says Devine. "And if you're scared to talk to somebody or you don't know what to say, say that. Say: 'This is something I don't know how to fix and I don't think it can be fixed. And I'm here and I love you.' That's beautiful."

This works for all types of grievers regardless of culture, age, or sexual orientation or gender identity, she says. The same holds true in the face of unexpected, accidental deaths, including suicide. "The only thing that's marginally different is that you're going to be more afraid to say the wrong thing," says Devine.

Patti Anewalt, director of Pathways Center for Grief & Loss, Hospice & Community Care in Lancaster, Pennsylvania, also advocates keeping it simple when trying to comfort someone grieving a death or someone who is dying.

"Don't say 'You're holding up well' because that implies that they should hold up well when, in reality, they may be barely hanging on. When you're not sure what to say, it is far better to honestly say, 'Gosh, I don't know what to say' or 'I can't imagine what this is like for you' or 'Are some moments harder than others?'

Anewalt also says this is not the time to share your own experiences with illness or loss.

"Set aside any of your own ideas, thoughts or experiences and instead just listen."

"Do not say, 'I know how you feel,'" she says. The same is true of advice, even though you're trying to be helpful. "Try to understand what your friend or family member is feeling and experiencing. Set aside any of your own ideas, thoughts or experiences and instead just listen."

Lisa Provost says she's had a big change of thinking since her parents passed. She echoes much of the above wisdom, offering this: "Don't project your beliefs or how you handled your grief onto others. When talking to someone who just lost a loved one, just listen. Tell them, 'I'm so incredibly sorry for your loss. I am here.' Don't tell them how to feel. Don't tell them how fast to grieve or how to do it. Don't tell them it's going to get better or they're stronger than they know. Just say: ‘Whatever you need, I'm here. If you need space, you have it, but I'm still here if you need me.'"

Most important, says Devine, "We've got to stop talking about grief as a problem to be solved. When we change our conversations around grief, we make things better for everyone."

These organizations offer information and resources on dealing with grief, including how to find a grief support group near you.

Megan Devine's site, refugeingrief.com, has information for dealing with your own grief as well as how to support someone you know who is grieving.

The Pathways Center for Grief & Loss, the Pennsylvania-based organization where Patti Anewalt is director, has numerous articles, videos and other online resources for grief support.

Hospice Foundation of America, a 501(c)(3) nonprofit organization, offers programs and information to assist those coping with issues of caregiving, terminal illness and grief.

GriefNet.org is an online community of persons dealing with grief, death, trauma and major loss.

Making Decisions After the Death of a Loved One

Social Media Etiquette When a Loved One Dies

What Do I Need to Know About Funeral Planning?