Mutual of Omaha is committed to providing outstanding service to policyholders. Our Corporate Governance program stands in support of that commitment.

Mutual of Omaha's board of directors has adopted these Corporate Governance Standards (PDF) for the benefit of policyholders.

Senior Officers Board of Directors Board Committees 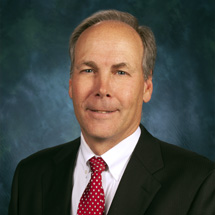 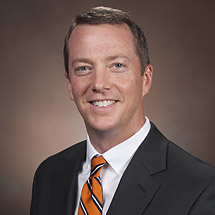 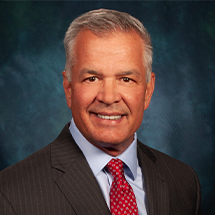 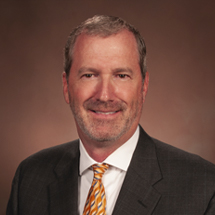 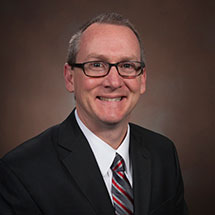 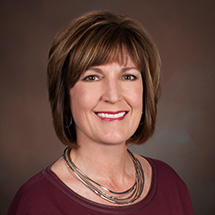 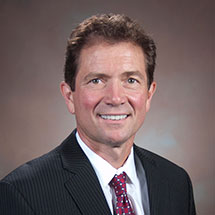 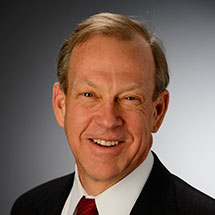 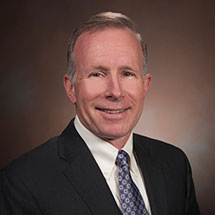 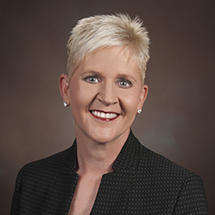 Mr. Blackledge is Chairman and Chief Executive Officer of Mutual of Omaha. He joined the company as an actuary in 1989 and was elected president in November of 2014, with the board appointing him Chief Executive Officer in April 2015 and Chairman of the board in 2018. Prior to his election as President, he was Executive Vice President and Chief Information Officer/Chief Risk Officer, where he was responsible for technology applications and systems infrastructure as well as enterprise risk management. In addition, he has previously held leadership roles in Mutual of Omaha’s individual and group business units. Mr. Blackledge has extensive leadership experience and a thorough understanding of Mutual’s business, strategy and operations, including a strong background in actuarial, technology and cybersecurity matters. He is a member of the Executive and Risk Committees of the board.

Mr. Bonach has over 40 years of experience in the financial services and insurance industries. He retired as the Chief Executive Officer of CNO Financial in 2017, a position he held since 2011. He joined CNO as Chief Financial Officer in 2007 and prior to that, was with National Life Group where he served as Executive Vice President and Chief Financial Officer. Before 2002, Mr. Bonach was with Allianz Life Insurance Company of North America for 23 years, where his positions included President, Reinsurance Division and Chief Financial Officer. He has had a significant career in the insurance industry, is knowledgeable and experienced in the areas of actuarial, accounting, risk management, treasury, tax and facilities. Mr. Bonach holds a bachelor’s degree in Mathematics from St. John's University in Collegeville, Minnesota and is a Fellow of the Society of Actuaries, a Member of the American Academy of Actuaries and a Chartered Enterprise Risk Analyst. He is a member of the Audit and Investment Committees of the board.

Mr. Gates retired in 2015 as President and Chief Executive Officer of Omaha Public Power District, one of the largest publicly owned electric utilities in the United States. He has served as Lead Independent Director of Mutual of Omaha Insurance Company’s board since 2013. Mr. Gates has extensive management experience with publicly owned organizations, as a director of community and national nonprofit organizations, as well as risk mitigation experience in the electric utilities industry. He is Chair of the Corporate Governance Committee and a member of the Executive Committee of the board.

Ms. Hooda is CEO and President of Alpha Advisory Partners and has more than 30 years of global business and operating experience. Prior to 2013, she was Global Head of Strategy and Business Development for Thomson Reuters, Investors. From 2006 to 2012, she was Senior Managing Director and a member of the Office of the CEO at TIAA, where she led Corporate Strategy, M&A and Corporate Development. From 1998 to 2006, Ms. Hooda served as Managing Director at Credit Suisse Investment Bank. She has also served as a Strategy Management Consultant with McKinsey & Co. She currently serves on the boards of ProSight Global, Inc. (NYSE: PROS) and Virtus Investment Partners, Inc. (Nasdaq: VRTS). She is Chair of the Risk Committee and a member of the Compensation and Evaluation Committee of the board.

Mr. López has over 30 years of experience in the financial services industry, most recently as Chairman of AmeriSphere Companies, LLC and, until 2017, as Executive Chairman of NorthMarq Capital Finance, LLC, a mortgage banking company dedicated to providing capital solutions for the multifamily industry. Mr. López was President and Chief Executive Officer of AmeriSphere, a company he founded in 1997, and which was acquired in 2015 by NorthMarq Capital, LLC. Prior to founding AmeriSphere, a company engaged in commercial real estate investment and development, he was Chief Lending Officer for a life insurance company. Mr. López has several years of experience serving as a director of several financial industry boards, as well as extensive leadership experience in investments and in the real estate and mortgage banking industries. He is Chair of the Investment Committee and a member of the Corporate Governance Committee of the board.

Mr. McClain is an investor and a financial and management consultant. He began his career with the law firm of Vinson & Elkins LLP, where he practiced corporate finance and securities law from 1981 through 1997. In 1998, he joined Trammell Crow Company as its General Counsel after having served as the company’s lead outside counsel in connection with its initial public offering in late 1997. In 2000, he was named Chief Financial Officer of Trammell Crow and served in that position until late 2006, when the company was sold to CBRE. Mr. McClain has significant experience providing legal counsel with respect to financings, merger and acquisition transactions, and general corporate matters, as well as extensive experience in financial leadership roles, including Chief Financial Officer of a public company for over six years, in which he supervised accounting and audit functions and had primary responsibility for Trammell Crow’s investor relations, information technology and human resources functions. He is Chair of the Audit Committee and a member of the Corporate Governance Committee of the board.

Mr. McFarlane is Executive Advisor for Arthur J. Gallagher & Co., an international insurance and risk management services firm. He joined Arthur J. Gallagher in 1991 and, from 1997 until assuming his current position in 2018, was Chairman of the Western Region for the firm. Mr. McFarlane has 40 comprehensive years of insurance and financial services industry background that enables him to provide the board with insight and information related to Mutual of Omaha’s strategy, operations and business, including his extensive operating and leadership experience within the insurance brokerage industry. He is Chair of the Executive Committee and a member of the Compensation and Evaluation Committee of the board.

Ms. Meyer has spent more than 36 years working in the financial services industry. Her career began at the Vanguard Group in 1982 and she retired in 2006 from Ameriprise Financial, Inc. where she was President of RiverSource Funds and Ameriprise Certificate Company. Since 2007, Ms. Meyer has served on the boards of directors of four companies in the financial services industry. She is a member and co-founder of the Minnesota chapter of Women Corporate Directors and is a NACD Board Leadership Fellow. In addition to her career in the mutual fund industry, Ms. Meyer has extensive knowledge of compensation packages, as well as investment, securities and banking experience. She is Chair of the Compensation and Evaluation Committee and a member of the Investment Committee of the board.

Mr. Neary was Chairman of Mutual of Omaha Insurance Company’s board from 2004 until January 2018. He retired as its Chief Executive Officer in 2015 after serving ten years in that position. Prior to serving as Chief Executive Officer, he was President from August 2003 until December 2004. He joined Mutual of Omaha as an actuary in 1976 and held a number of positions in the group products area, including Executive Vice President in charge of that strategic business unit from 1999 until 2003 when he was appointed President. He is also a member of the Board of Directors of Valmont Industries, Inc. Mr. Neary’s experience includes his significant 43-year insight with the company as well as within the financial services and insurance industries. He is a member of the Executive and Risk Committees of the board.