When Hand-Rearing is Crucial | Stevie’s Story 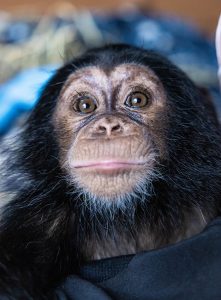 Here’s a face that’s sure to put a smile on yours! Stevie was born on Earth Day in 2022 to her mother Binti, Zoo Knoxville’s 37-year-old chimpanzee. Chimpanzees are social beings and as a troop, worked together to help the new mother deliver and care for her baby. As soon as Stevie was born, Daisy, an experienced chimp mother took the baby, cleaned her, cleared her airways and cared for her when Binti experienced complications with the birth.

She was retaining the placenta, so the University of Tennessee College of Veterinary Medicine team intervened in order to help remove the afterbirth.

Setting Stevie the Chimpanzee Up for Success

While Binti was under anesthesia, her baby needed to nurse as all young, human and animal, do. Nursing immediately after birth is important because of the benefits colostrum can offer a newborn. Colostrum is the first form of breastmilk that is released after giving birth. It is nutrient-dense and high in antibodies and antioxidants to build a newborn baby’s immune system. 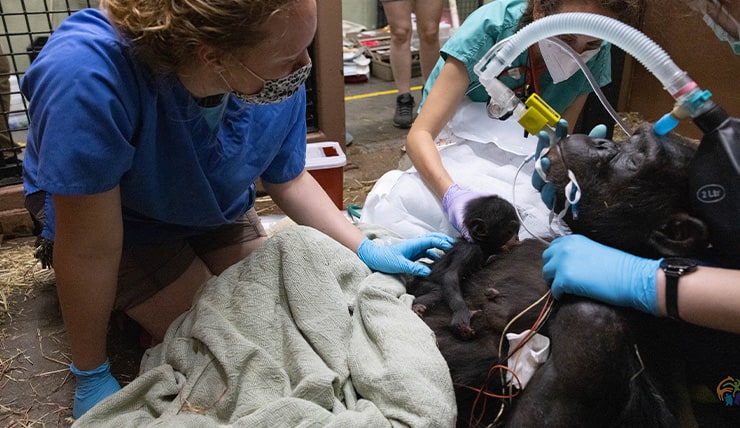 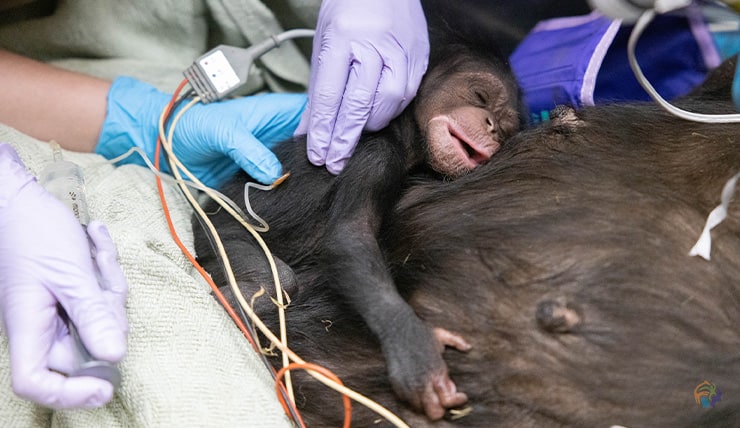 Zoo Knoxville’s Great Apes team was able to hold the infant up to Binti while she was under anesthesia to allow her to nurse. These efforts by Zoo staff and the UTCVM team were successful in getting the colostrum to the baby, but due to Binti’s physical state at the time, nursing was no longer an option. The baby would have to be hand-raised, requiring round-the-clock care from Zoo staff.

Hand-rearing simply means a human is looking after and caring for a young animal, rather than their mother. The Association of Zoos and Aquariums (AZA) and many other professionals in the conservation space have done extensive research on when to hand-rear an animal and have even developed best practices by the species. All of this work is done with the animal’s well-being as the top and only priority. 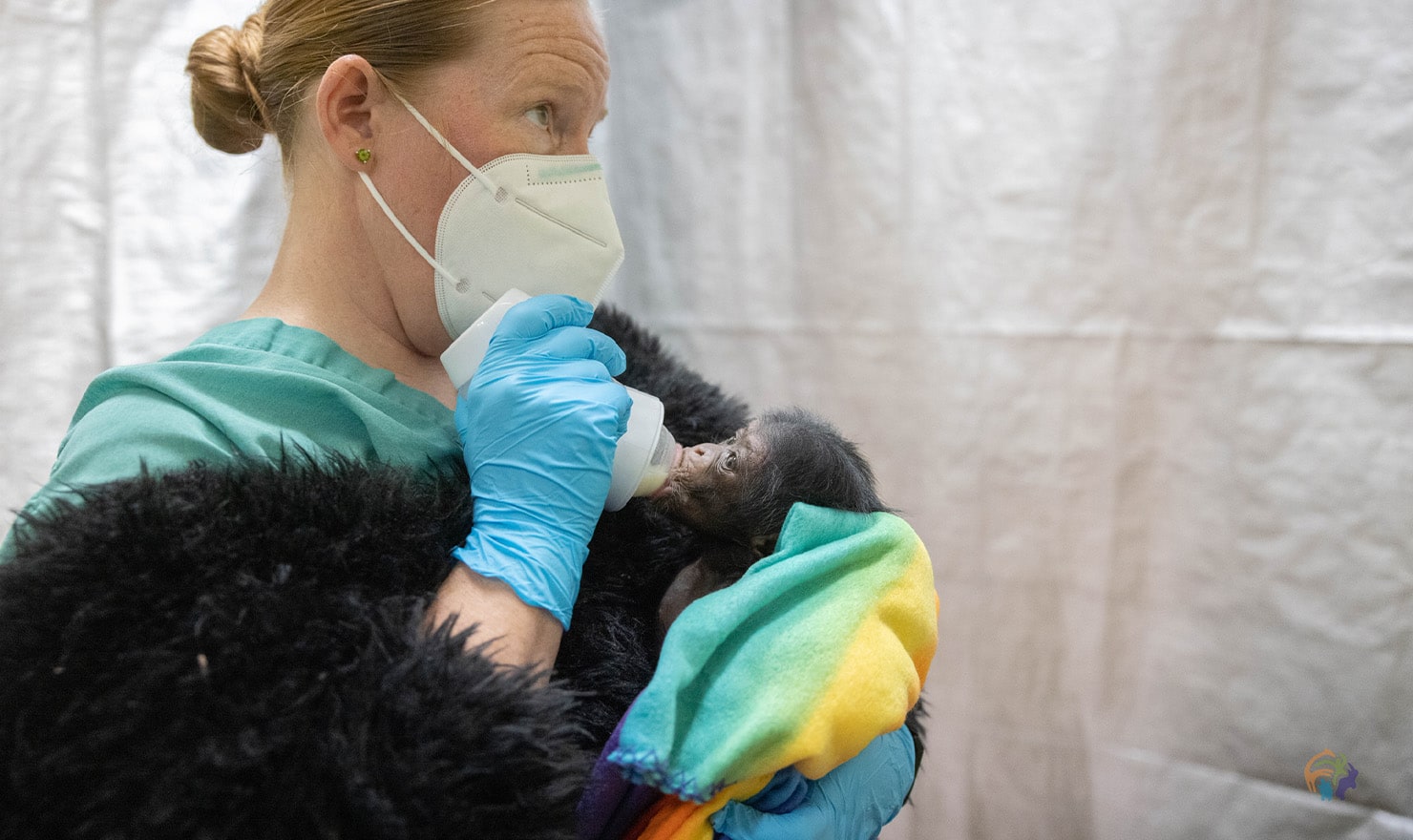 To more easily integrate back into the troop, it is crucial for a hand-reared infant chimp to develop normal social behaviors early on. For the first few weeks of her life, keepers had to mimic a mother chimp by wearing a fur vest to allow Stevie to grip on. Unlike human infants, Stevie was never put down in her first few months.

Other responsibilities include keeping detailed records of behaviors, development of motor skills, food consumption, sleep patterns and milestones. The infant had to be bottle-fed on demand (usually every 2-3 hours) for the first 3 months and also be given daily time outside as well as access to the sights, sounds, and smells of the troop. 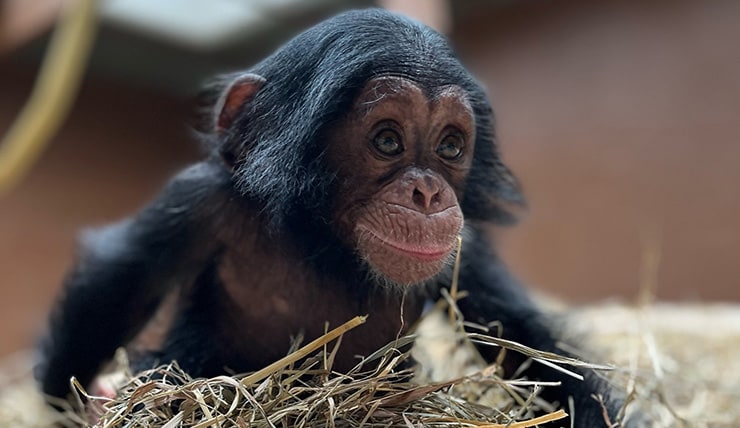 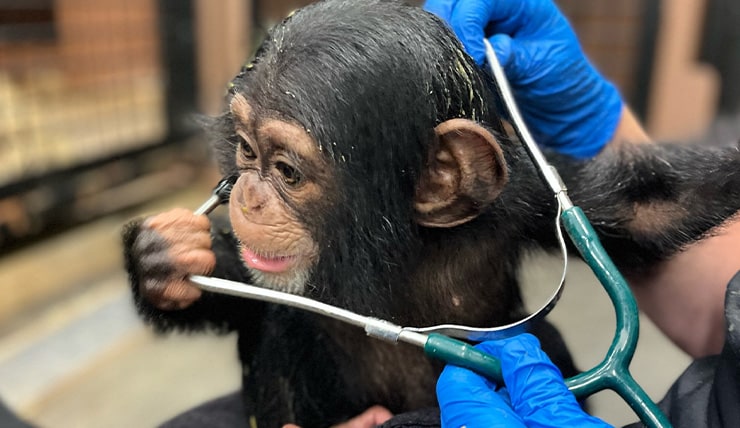 Introducing Stevie to the Other Chimpanzees

Stevie is now 5 months old and the goal is to re-socialize her with the troop as soon as it is safely possible. Since her birth, she has been visually introduced to the troop daily through the window of her nursery. She is also being introduced through mesh, so she can have the opportunity to vocalize and interact with her troop.

These introductions have allowed Zoo staff to identify that Binti has not shown interest in caring for her baby, but instead Daisy has continued to show maternal behavior. Therefore, she has been chosen to become Stevie’s surrogate.

Daisy is currently undergoing training so that she will be ready for tasks such as bringing Stevie to the mesh for supplemental feedings. Her keepers have given her a baby doll and with positive reinforcement have been training her to bring the baby to the mesh on command. 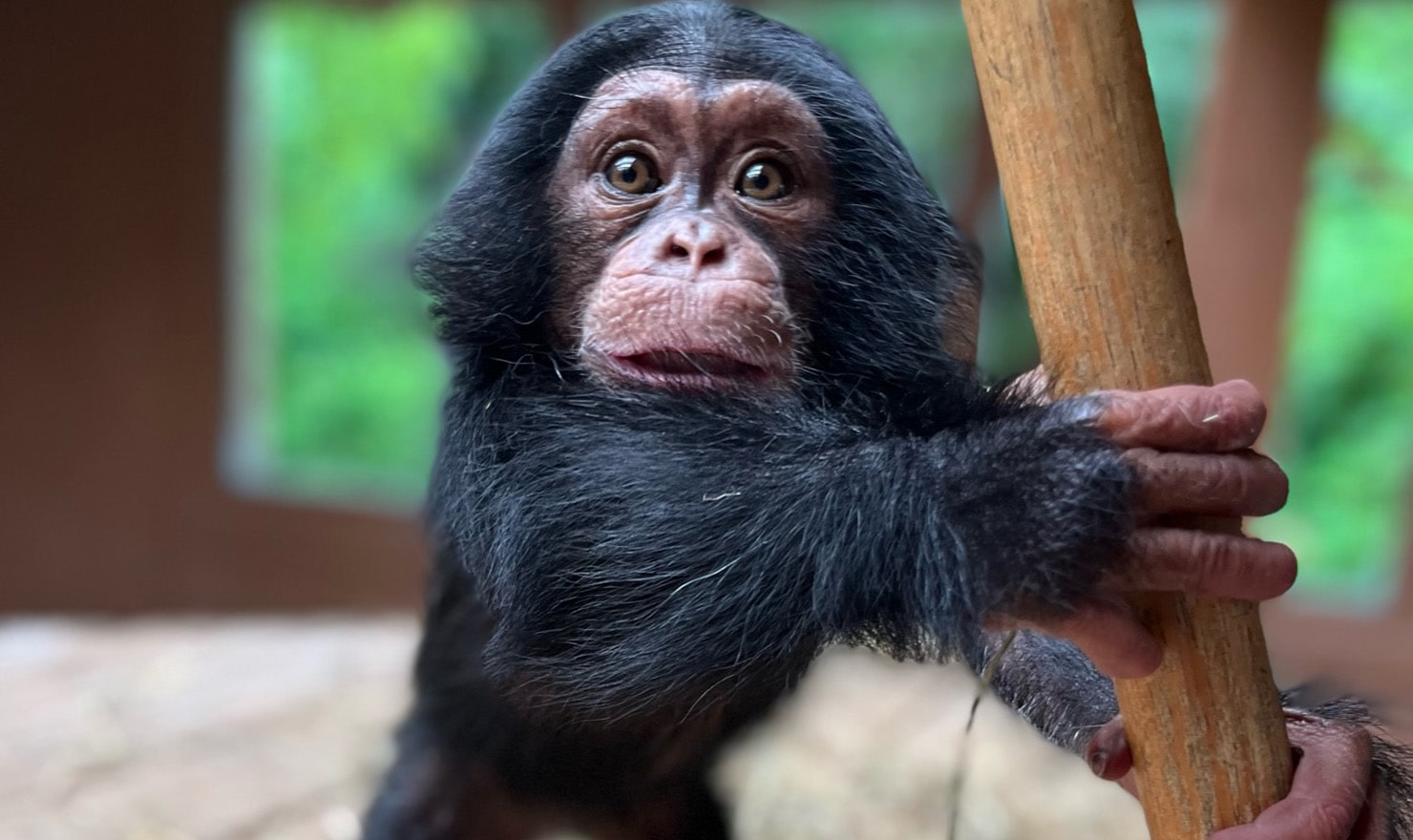 While Stevie is hitting all of her milestones, there are a few more left before she can be integrated with the troop. For instance, she currently has feedings at midnight. She will need to be able to drop that feeding so that the routines of the other chimps are not disrupted by this late night feeding.

Fighting Misconceptions to Save Chimpanzees 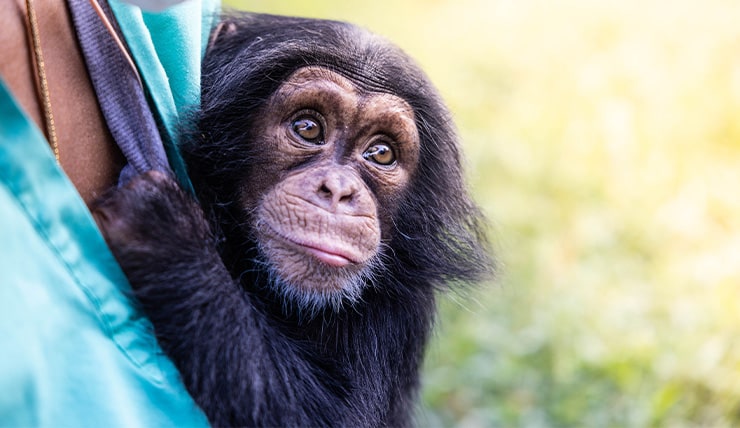 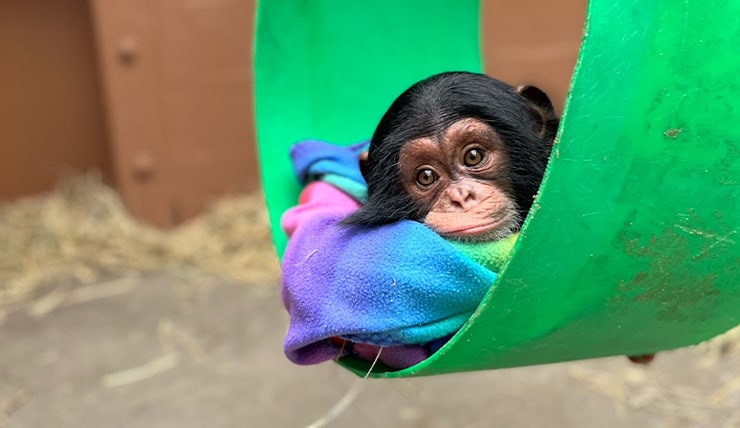 All of this important species-saving work is being done in a chimpanzee holding building behind the scenes. This policy is in place to not only give Stevie the best chance at re-socializing with her troop but it is also in place to prevent misconceptions regarding chimpanzees as appropriate pets. Research has shown that when people see infant apes being raised by humans, they not only believe that chimps would make good pets, but they do not believe they are endangered.

Sadly, despite their endangered status, it is still legal in some states to own a chimp. This leads to a long life of isolation and poor living conditions as they grow up to be very dangerous animals.

Chimpanzees are being driven to extinction by habitat loss, disease, and their biggest threat, illegal poaching. Zoo Knoxville is working in partnership with 32 other zoos accredited by the AZA to ensure a healthy population remains as hope for the future.

Looking for more animal stories like this one? Check out this story about once injured and orphaned lion cub Rose who is now healthy and flourishing.

How Instincts Help Wildlife During Hurricanes