A Small But Mighty Lion Cub

An orphaned California mountain lion cub recently arrived at the Oakland Zoo in critical condition. The four- to five-month-old female cub, named Rose by the zoo, weighed only 8.8 pounds. A healthy cub at her age weighs around 30 pounds.

Yet, she had a “feisty spirit and obvious will to live,” said Vice President of Veterinary Services at Oakland Zoo, Dr. Alex Herman.

Her inner strength, coupled with the excellent care from Oakland Zoo veterinarians, has put Rose on a path to recovery.

Hikers to the Rescue

Rose was first found by hikers in the Thornewood Open Space Preserve in San Mateo, California. A team of biologists and rangers from Midpeninsula Regional Open Space and the California Department of Fish and Wildlife were able to track the cub and bring her to Oakland Zoo. 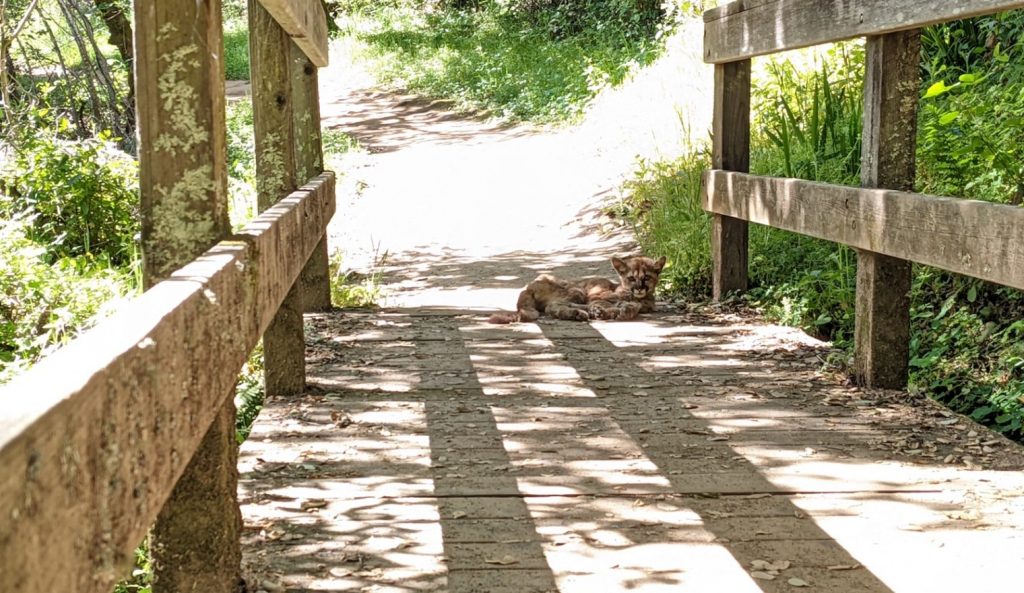 Rose arrives at the Oakland Zoo

When she first arrived at Oakland Zoo, Rose showed signs of starvation and dehydration as well as being covered in fleas and ticks. She was also severely anemic and needed blood. Thankfully, the veterinary team was able to use blood from a resident mountain lion for a transfusion for Rose.

Rose is making great strides in recovery and is growing. Her vets say she is “extra feisty and eating very well, quickly showing signs of natural mountain lion behavior and strength.” 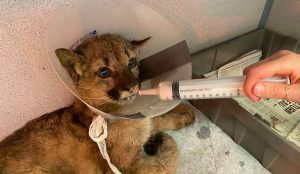 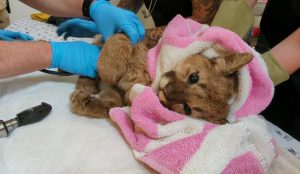 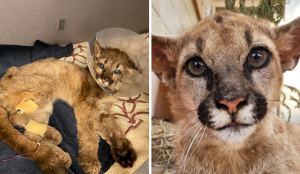 Unfortunately, Rose will never return to the wild as she was orphaned at a young age. Mountain lion cubs stay with the mothers for up to two years, learning how to hunt and survive on their own.

Oakland Zoo is focused on her recovery and will work on finding a permanent home for Rose once she is fully recovered. She’ll likely go to another Association of Zoos and Aquariums (AZA) accredited zoo. 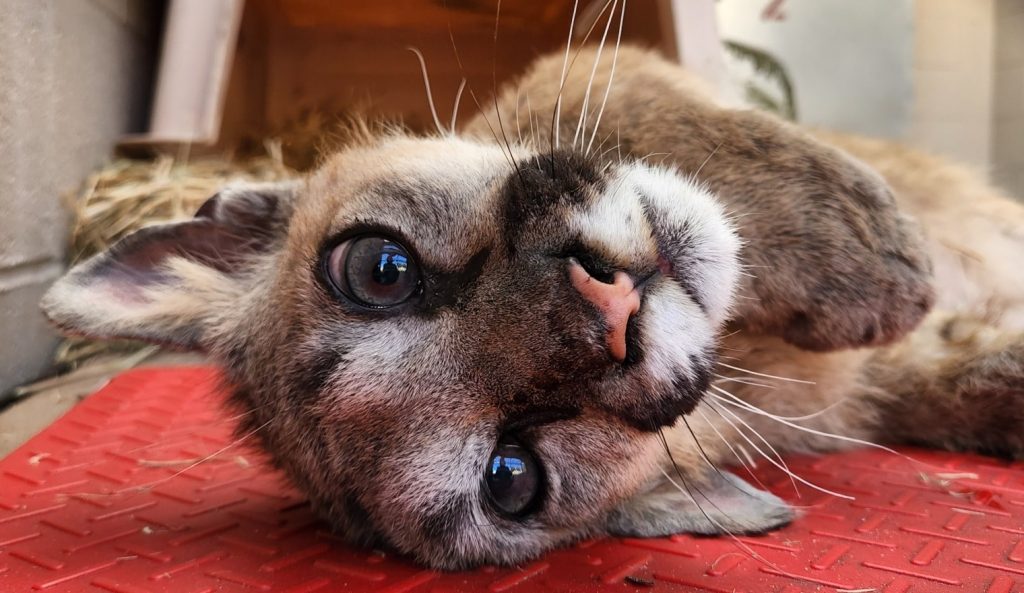 A History of Wildlife Rehabilitation at the Oakland Zoo

Rose is the 18th mountain lion cub Oakland Zoo has received and rehabilitated from the California Department of Fish and Wildlife since 2017. Three of the 18 cubs found permanent homes at Oakland Zoo and can be seen by the public in the California Trail section.
Oakland Zoo’s Wildlife Rescue and Recovery team not only cares for sick or injured mountain lions, but also California condors, riparian brush rabbits, amphibians and more. The team is dedicated to rehabilitating and releasing these animals back into the wild when it is safe to do so.