If you’ve ever seen the Oregon Zoo on social media, you’re likely to have encountered Maple and Filbert, the zoo’s resident “branch managers.” 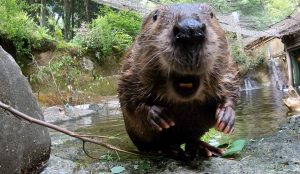 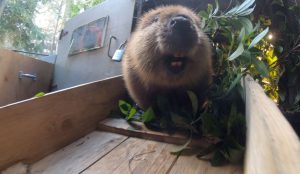 These two American beavers frequently go viral for their cute looks and wood-gathering activities. They share a lodge in the zoo’s Great Northwest area and spend their days chewing on wood to keep their large and powerful teeth worn down. To encourage these natural behaviors, zookeepers anchor branches to the beach or clamp the branches upright for them to chew.

Filbert has also lent his talent to research and meteorology. He helped Oregon State University with its Beaver Genome Project in 2015. And, for the past couple of years, he’s predicted whether we’ll have an early spring with his role as Stumptown Fil on Groundhog Day.

Both help teach their many fans about the importance of beavers in the wild. Beaver dams and lodges create entire wetland ecosystems that prevent drought and forest fires, create fertile soils, improve water quality and provide homes for salmon, waterfowl and other wildlife. 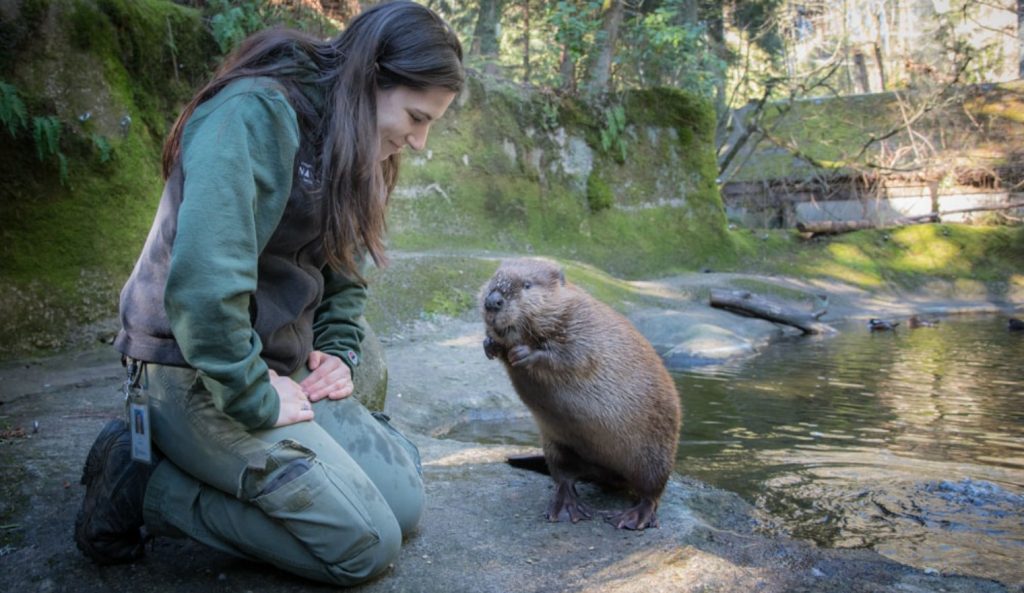 The beaver may be Oregon’s state animal, but its population hasn’t always thrived there. In the 1800s, beavers were hunted and trapped for their fur. Paired with pollution and habitat loss, their survival in Oregon looked meek in the 1900s.

Thanks to re-establishment programs, hunting regulations and conservation efforts, the American beaver has made a remarkable comeback in Oregon. They’re now listed as Least Concern by the International Union of Conservation of Nature. 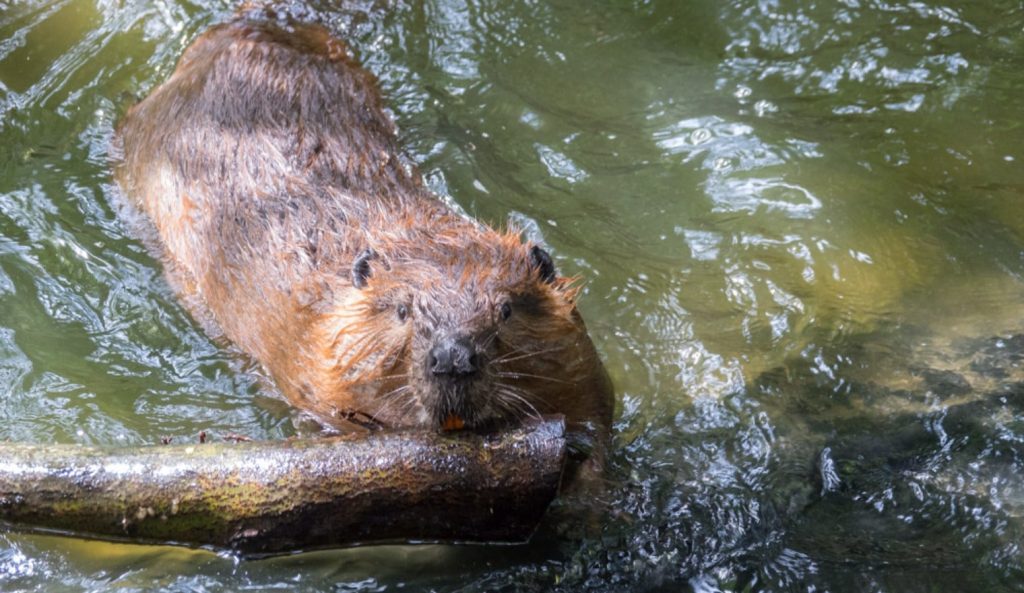 You can see more of Maple and Filbert on the Oregon Zoo’s social media pages. They are frequent guests on their Instagram!

Watch Mutual of Omaha’s Wild Kingdom Protecting the Wild in 2023 to see beavers from the Oregon zoo.

Photography and story courtesy of the Oregon Zoo