In July 2021, two black bear cubs were driven out of their habitat due to wildfires in the Pacific Northwest. They soon were rescued by the Progressive Animal Welfare Society (PAWS) Wildlife Center in Lynwood Washington. PAWS is an emergency hospital and specialized recovery facility that provides care for more than 260 species, helping restore these animals to full health and returning them to their wild habitat. 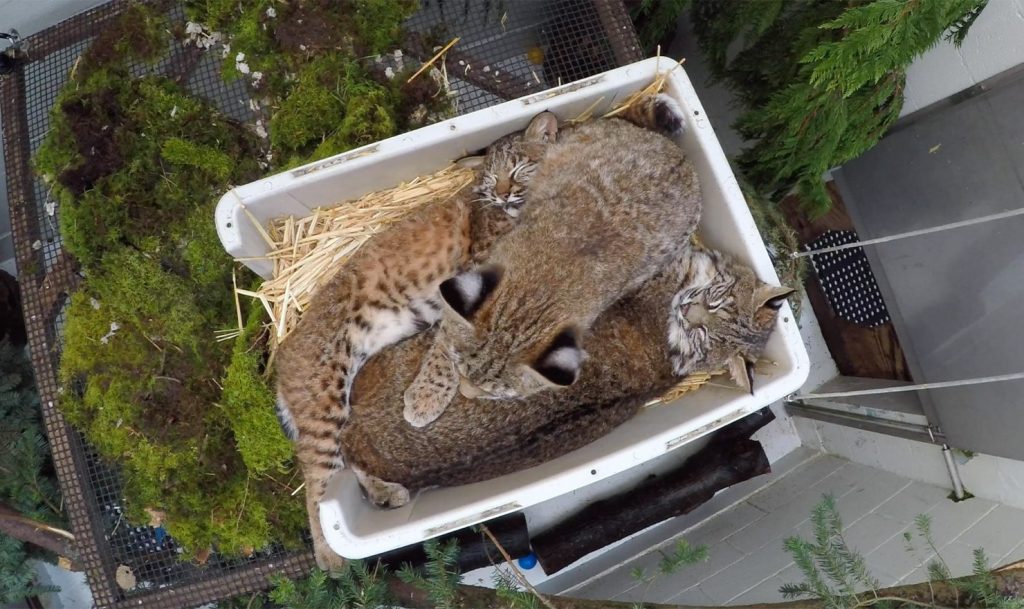 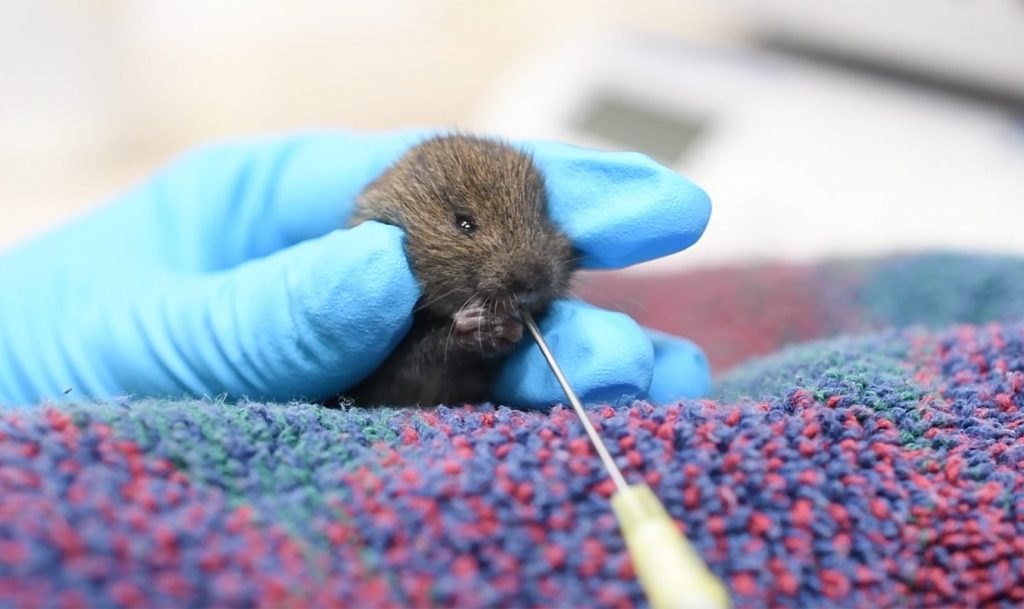 “Our patients have lost their mothers to vehicle collisions, fires, and various human-related causes. We are here to make sure the often-unnatural events don’t prevent these bear cubs from having a healthy, normal life in the wild,” Jeff Brown, PAWS Wildlife Naturalist, said.

These bear cubs are the stars of the premiere episode of Mutual of Omaha’s Wild Kingdom Protecting the Wild. The episode, “Bear Cub Rescue,” focuses on their rehabilitation and release. Thanks to PAWS, the bear cubs are back in the wild, but getting there took a lot of hard work. Brown shared with Wild Kingdom how the bears went from wildfire to release.

Preparing the black bears for release

To prepare black bears for release, they must have a healthy fear of humans. This is one of the most important factors for their future survival back in the wild. The PAWS wildlife team must ensure the bears never interact with humans, unless it is a rare negative experience, such as when the bears are sedated to move to a transport trailer on the day of their release. Though this might seem harsh, the model is extremely important for their long-term well-being. 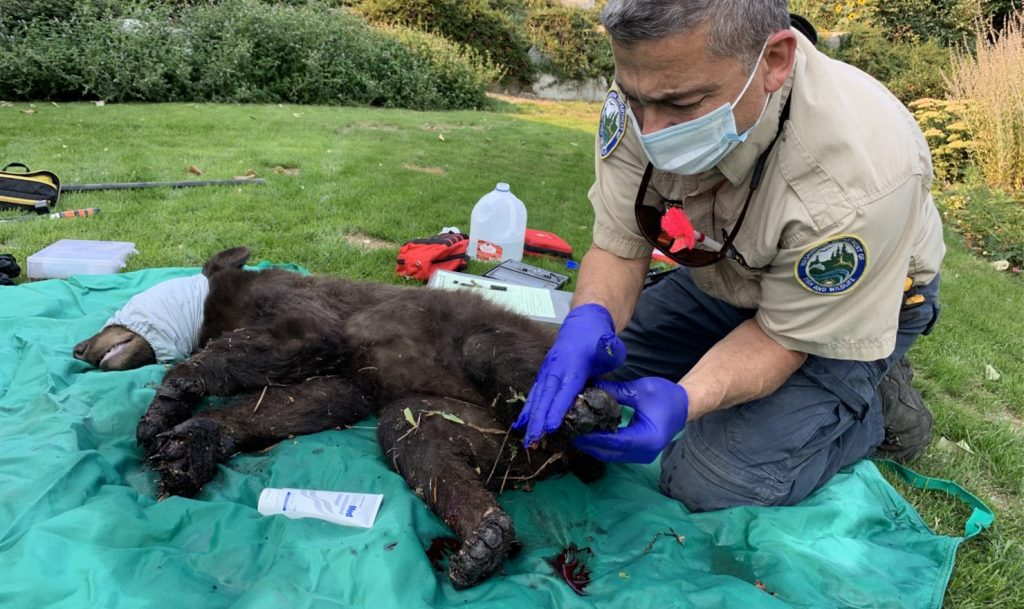 One hurdle we face is the need to feed the bears every day and to clean their enclosures. We take great care in preventing human contact during these periods. We don’t want the bears to associate humans with food as it could be a detrimental lesson, putting both parties at risk after the bears are released back into the wild.

A normal day starts with the PAWS rehabilitation team preparing the diets for the bears in our kitchen. The rehabilitation manager sets nutritional plans to ensure the bears are getting all the nutrients they require at different stages of development to mimic their food intake in the wild. Food preparation follows these plans. Once the food is ready, our rehabilitation team will exclude the bears from certain parts of their enclosures so they can be readied.

By using special sliding doors controlled from outside the enclosures, PAWS is able to guarantee the bears never see or directly interact with the caregivers. Additionally, live camera feeds allow team members to ensure the bears are where we want them to be.

Next, the rehabilitators work on cleaning the enclosures. They do this every day, rain or shine, on holidays or normal business days, to keep the bears healthy. This is hard, physical work that requires moving heavy objects. 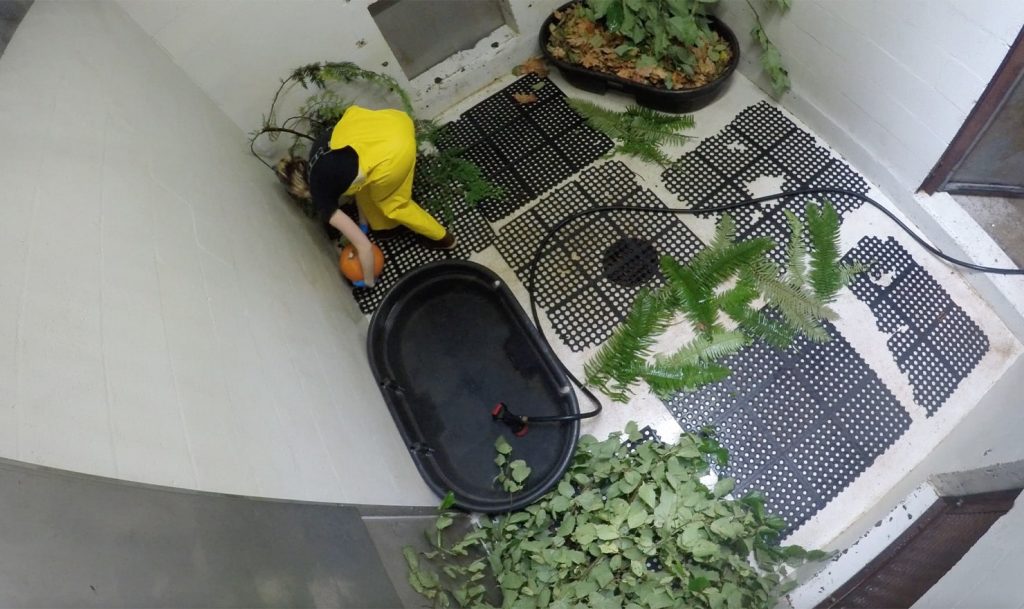 Once the enclosures are clean, the rehabilitators create a new environment — trees, rotting logs, leaves, branches and other items are added, moved around or removed to keep the bears engaged and stimulated. Regular changes in their surroundings reduce the bears’ stress and boredom, improve their learning and increase physical and mental fitness.

The food is then brought out from our main building to the bear enclosures and placed in different ways that will challenge the bears to find it and retrieve it. This is how we get the bears to use their sense of smell, their strength and their minds to satisfy their hunger. All of this prepares them for foraging in the wild. 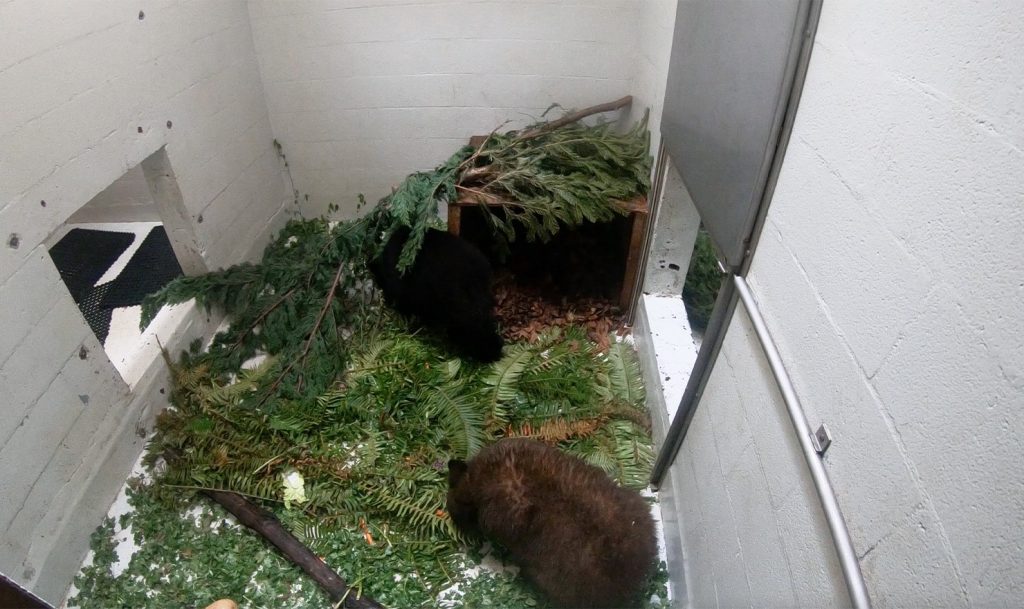 Once the clean enclosures are ready, the bears are shifted by opening the sliding doors. Once they move to the new space, they are excluded from the uncleaned areas. The rehabilitation team repeats the cleaning and preparation process. After the work is done, the bears can roam in all the available enclosures until the next day, when the whole cycle repeats. This takes a lot of work but is worth the effort. PAWS wants these bears to get the best second chance possible.

Learn more about the bear cubs’ story with by going behind the scenes of the episode, “Bear Cub Rescue.” And watch the full episode here, available on Jan. 4.

Animals Behind the Scenes Expertise