Behind the Scenes of the Beavers Episode | Protecting the Wild

The Wild Kingdom crew was a bunch of busy beavers filming an episode on North America’s largest living rodents. The beaver episode took the crew to Washington, Oregon, and California. Read to learn about our travel and featured organizations in this sneak peek of the episode, airing in January 2023. 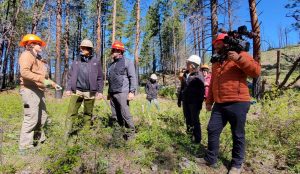 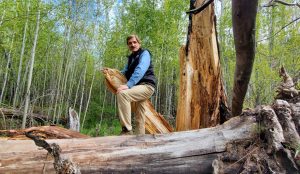 Our journeys took us to Twisp, Washington, visiting North Texas Creek and Twisp River Floodplain. There, the Wild Kingdom crew saw former human infrastructure of a dam and levy. These were replaced years ago with new posts to better serve the beaver population. Though no beavers were sighted, we knew they had been around. Logs were a yellow color which indicates the presence of beavers. In addition, some logs had beaver teeth marks. 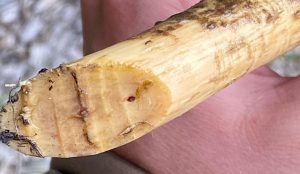 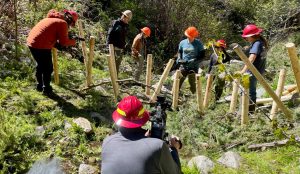 Reclaiming the site began 17 years ago with the creation of side channels. These channels help create a filter for sediment that leaves rock areas and protected habitat to spawn fish. Although humans started the site reclamation, beavers are to thank for nearly 2/3 of the reclamation work!

Just north of Twisp is Bear Creek in the Methow Wildlife Area. The Wild Kingdom crew was joined by Brandon Troyer of the Washington Department of Fish and Wildlife, and Alexa Whipple and Julie Nelson of the Methow Beaver Project.

Beavers relocated to this area in 2014 after a fire destroyed their habitat. The team is working hard to help the beavers reclaim the arid area. Through filtration of sediment and ash, the area will expand into a wetland. So far, there are around eight to 10 dams in the area. The beavers are also well stocked on sticks and food so they can avoid exposure to predators. 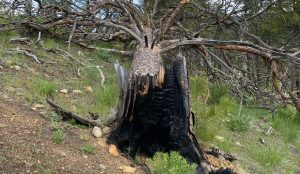 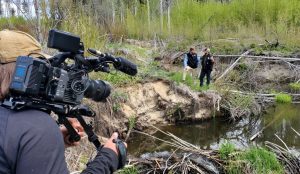 In Beaverton, Oregon, we met up with Girl Scout Troop 10071 of Glencoe Elementary in Southeast Portland, along with Sarah Koenigsberg from the Beaver Coalition, and Scottie Meinke a park ranger at Greenway Park.

Greenway Park was once just a green space with a small stream. It has since been developed into a lush area with meandering streams and native plants. Elevated bridges and paths are being built to further help the beavers. It’s a perfect place for a beaver to call home! 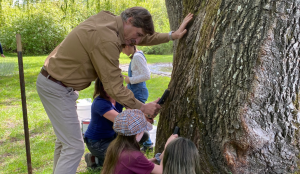 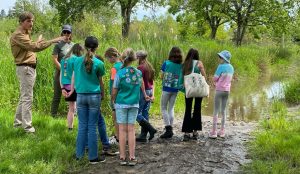 Beavers built dams, but they had trouble coexisting with their human neighbors. A disk golf course in the park was nearby four large willow trees that had been fenced in to keep the beavers from chewing on them. Though the fencing kept the beavers out, it didn’t match the beautiful park aesthetic and trapped any disks that fell in.

The solution? Call in the Girl Scouts! Troop 10071 helped paint the bottom of the tree bark with a special mixture of paint and sand that blended into the tree. They coated the bottom three feet of the tree trunks creating a rough surface that the beavers don’t like to chew on. This helps keep the beavers from chewing on the willow trees, while allowing the disk golfers to continue playing.

Wild Kingdom host Peter Gros donned a dry suit to explore the chilly waters of the Methow River’s Silver Side Channel. There, ground water created a salmon habitat that was restored around 10 years ago. A footlong pipe was added as a passageway for fish to move from ponds to the main channel. Peter joined Grace Watson of the Methow Salmon Recovery Foundation to surveyed coho, steelhead and chinook salmon. 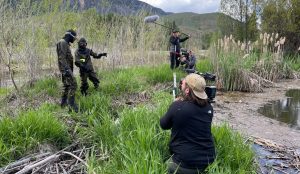 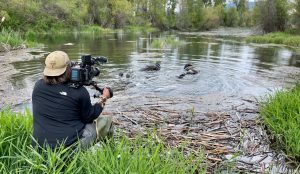 The Wild Kingdom crew then traveled to Scott River Valley in Northern California to see the effects of gold mining in the mid 20th century. Gold mining dramatically changed the river channel, leaving five miles of rock tailing scars on the land. Through process-based restoration, the watershed council has slowed the waterflow, creating riparian areas and deeper water to spawn a salmon habitat.

To further create an ideal environment for the salmon, beaver dam analogues or BDA, were established on the site. These man-made structures mimic beaver dams and create ideal conditions for the coho salmon’s first year of life. The Wild Kingdom crew watched as Charnna Gilmore and a crew from the Scott River Watershed Council maintained the structure, the first BDA site in California. 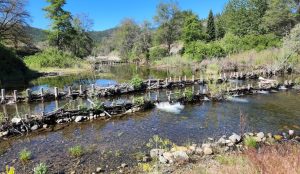 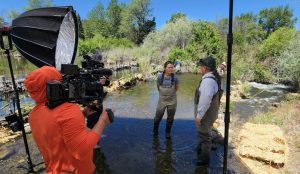 Looking for more sneak peeks of these new episodes? Check out these other behind the scenes looks.