A Sneak Peek Into the Sea Otter Episode

Somersaulting in California’s Monterey Bay is one of nature’s cutest mammals — the sea otter. These animals are not only playful but are vitally important to their ecosystem. Learn how the sea otter’s role as a keystone species helps keep the kelp forest thriving in this Mutual of Omaha’s Wild Kingdom Protecting the Wild episode sneak peek.

Filming the sea otter episode took the Wild Kingdom team to Monterey where we met with scientists from the acclaimed Monterey Bay Aquarium. We learned how sea otters are a keystone species, meaning they’re the core component that keeps the ecosystem in balance. 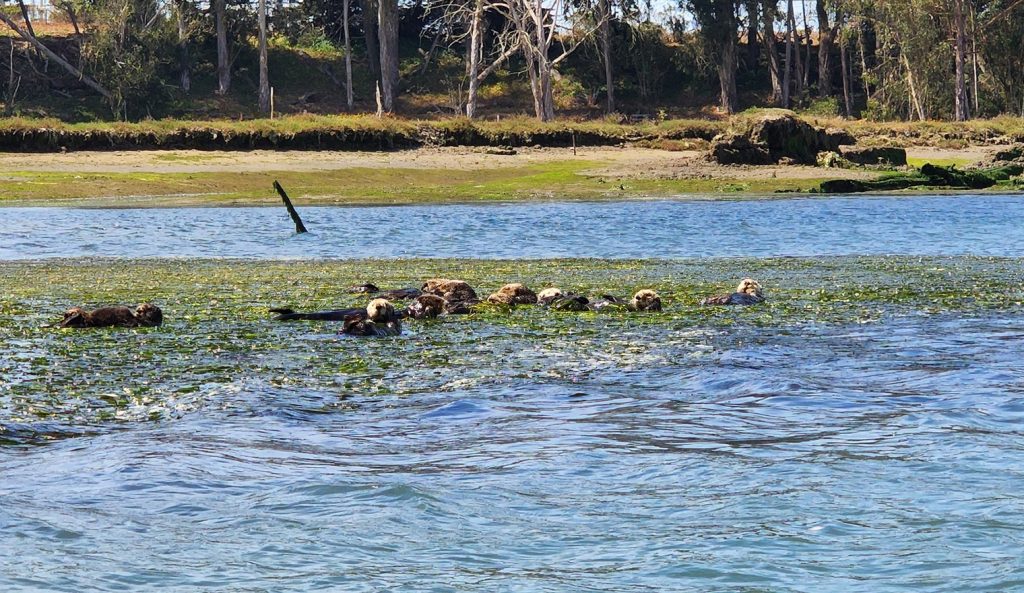 Sea otters have long called the California coast home. In the early 1900s, the species was plagued by fur traders who caused their population to dwindle to a small few. Conservation efforts helped rebuild the species, which continued to grow in the Monterey Bay area until the 1990s when the ecosystem reached its sea otter capacity.

Meanwhile, another species suffered — the sea star. Its population was devastated by sea star wasting disease which was aggravated by the warm water. The sea star is the main predator of the purple sea urchin, which feeds on kelp. In this interdependent ecosystem, when one species is suffering, all in the food chain also suffer.

Who can save this complex oceanic ecosystem? It’s keystone species — the sea otter! Sea otters enjoy munching on the purple sea urchin, keeping its population in check and likewise maintaining the populations of sea stars, kelp and fish who rely on kelp forests as their habitat. 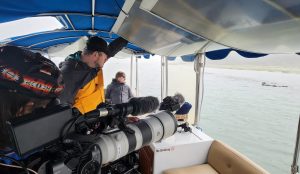 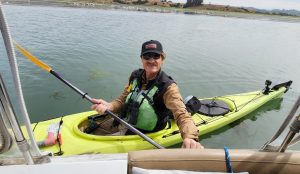 Monterey Bay is fortunate to have a thriving kelp forest because of its resident sea otters. Through a partnership with the U.S. Fish and Wildlife Service, the Monterey Bay Aquarium works to maintain a healthy sea otter population. The aquarium has a surrogacy program in which it places abandoned sea otter pups with resident sea otters who teach the pups how to survive in the wild. Once their surrogate mom trains them, the pups are released into the wild where they keep the purple sea urchin population in check by eating 25% of their body weight per day in sea urchin.

Not Too Close and Personal

The Wild Kingdom crew enjoyed watching the sea otters have their morning meal at the Monterey Bay Aquarium. The sea otters even showed off for the cameras, somersaulting through their exhibit. 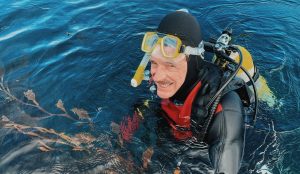 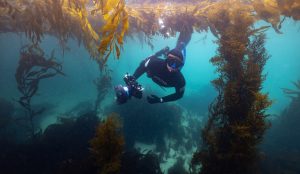 In the Monterey Bay, Host Peter Gros and Underwater Photojournalist Jennifer Adler dived to see the kelp forest. Later, Peter and a representative from Sea Otter Savvy kayaked in the Elkhorn Slough, a tidal estuary where wild sea otters live. There, we saw how the sea otters wrap themselves in kelp, cozying up for a nap. We learned how important it is to keep a distance from these animals as too close of an encounter can stress out the sea otter. 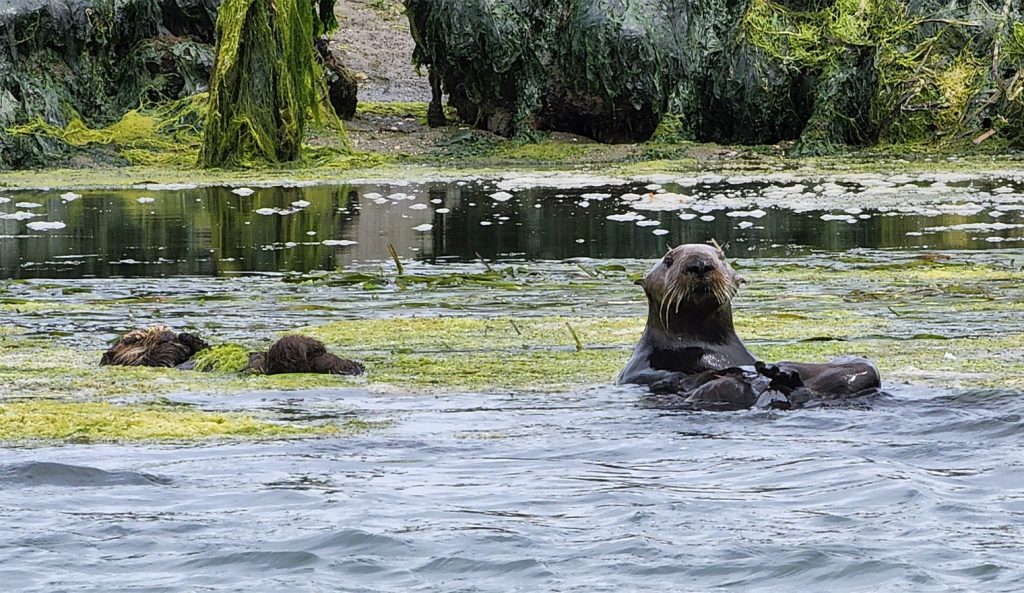 Check out the full story of the sea otter when Mutual of Omaha’s Wild Kingdom Protecting the Wild premieres in January 2023 on RFD-TV and digital channels.

Can’t wait till January? Get an insider’s look into the series with more behind-the-scenes articles.