In filming Mutual of Omaha’s Wild Kingdom Protecting the Wild, we invited wildlife experts from across the U.S. to join us on camera and share their knowledge. We’re proud to show you their passion for conservation and love of animals in the new series, premiering Jan. 2. Get to know our guest hosts before the premiere. 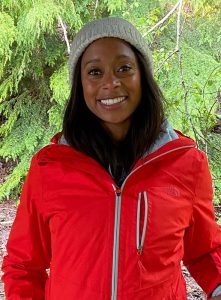 I used to watch Wild Kingdom as a kid and it’s one of the shows that made me aspire to be a nature show host when I grew up! I never gave up that dream, and along the way I realized that I could become a scientist to help with wildlife conservation. Being a part of the revival of Wild Kingdom feels very much like a full-circle moment that I’m truly grateful for. And I hope this show can inspire the next generation of wildlife conservationists who can keep this movement strong!

How can others who are interested in conservation get involved in their community and beyond?

Learn about what your community used to look like before it was developed for humans. Learning about the native wildlife community and what those species needed is an important first step toward restoring the landscape to full environmental health.

Whether you love being in the wilderness or whether you prefer to experience nature from the comfort of your couch, every single one of us can play an important role in wildlife conservation. There is room for everyone and all skillsets in this movement!

Featured in “Ghost of the Prairie” 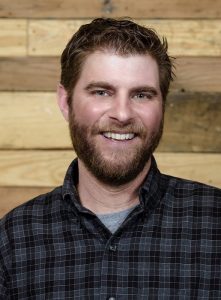 The world is a magical place. All living things work in conjunction with one another to produce the life we hold so dear. We need to protect and conserve our planet to ensure our future generations can enjoy its beauty and interconnectedness that we have had the honor to experience.

I’ve always loved the very first show, “Myths and Superstitions.” This one show launched a new way to see wild animals and changed how people would forever view wildlife, their survival and the important roles they play. Whether it was seeing animals through host interactions, or in their natural habitats, Mutual of Omaha’s Wild Kingdom instantly became a leader in disseminating crucial information about wild animals and wild places.

How can others who are interested in conservation get involved in their community?

Volunteer! Find a local nature center, zoo or community cleanup to give back to. Not only are you helping an organization, but you are truly giving back to the need they are working so hard to fix. Actions certainly speak louder than words.

Featured in “Crossing Cougar Country” and “Return of the Turtles & Manatees” 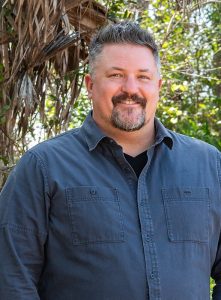 Favorite animal: You can’t ask a naturalist to pick a favorite animal! I love them all. I’m particularly fond of our North American wildlife and some of my favorites are gray tree frogs, chickadees, hellbenders, bison, screech owls, fireflies and wolves. But that’s just scratching the surface!

What a thrill it was to work with Wild Kingdom and guest host a few episodes alongside Peter Gros. My career as on-camera wildlife expert happened in the footsteps of Peter, Jim Fowler and Marlin Perkins. I truly believe in the power of television — and now streaming and online platforms — to reach people and educate them about wildlife, inspire them to care about the natural world and empower them to get involved in conservation.

Check out this tribute David wrote to Jim Fowler when he passed away in 2019.

I was little on the young side to watch most of the classic run of Mutual of Omaha’s Wild Kingdom, but it’s clear the show has had a huge impact on educating Americans about wildlife and inspiring them to care. It’s part of our collective culture, and I’m so excited to be part of the new series, which is extending that legacy.

While it’s true that we are facing a global wildlife extinction crisis — including right here in the United States — we CAN make a difference! We already know how to protect wildlife and have proven ways of recovering declining populations. We just need to make it a priority and let our voices be heard. Look no further than the stories featured in Mutual of Omaha’s Wild Kingdom Protecting the Wild for proof! 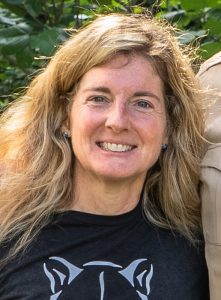 First conservation job: At age six, I started fundraising to save a property from development.

Favorite animal: I have so many favorites, but I might have to go with pika. But also, mountain lions, wolves, elephant seals, butterflies and frogs.

As a little girl, I watched Wild Kingdom religiously! It helped make me a wildlife advocate. The show left such a conservation legacy. I am honored to be a part of the reboot of a show that was so instrumental in my life and helped shape my values about wildlife.

“Cheetah Country.” I used to pretend to be a cheetah after watching that episode. Next to mountain lions, cheetahs are my favorite big cat.

How can the everyday person help with conservation and animals?

Start at home. How can you provide a welcoming space for wildlife like birds, bees, frogs and butterflies? The number one threat to wildlife worldwide is a loss of habitat. Just planting native plants in your yard or having a bird bath makes an enormous difference.

Be sure to watch our guest hosts when Mutual of Omaha’s Wild Kingdom Protecting the Wild premieres Jan. 2. View the new episode schedule to see when their episodes will air.

Want to learn more about Hosts Peter Gros, Marlin Perkins and Jim Fowler? Check out the “Meet Our Hosts” page.