What do 25% percent of marine species have in common? They’re supported by coral reefs. Though coral may look like rocks, they’re animals.

The Wild Kingdom crew traveled to Florida to see coral in the wild and learn about the organizations who restore and rehabilitate this important species. Episode filming rounded out in an unlikely place for coral — Omaha, Nebraska — where staff at the Henry Doorly Zoo are part of a multistate coral rescue and conservation program. 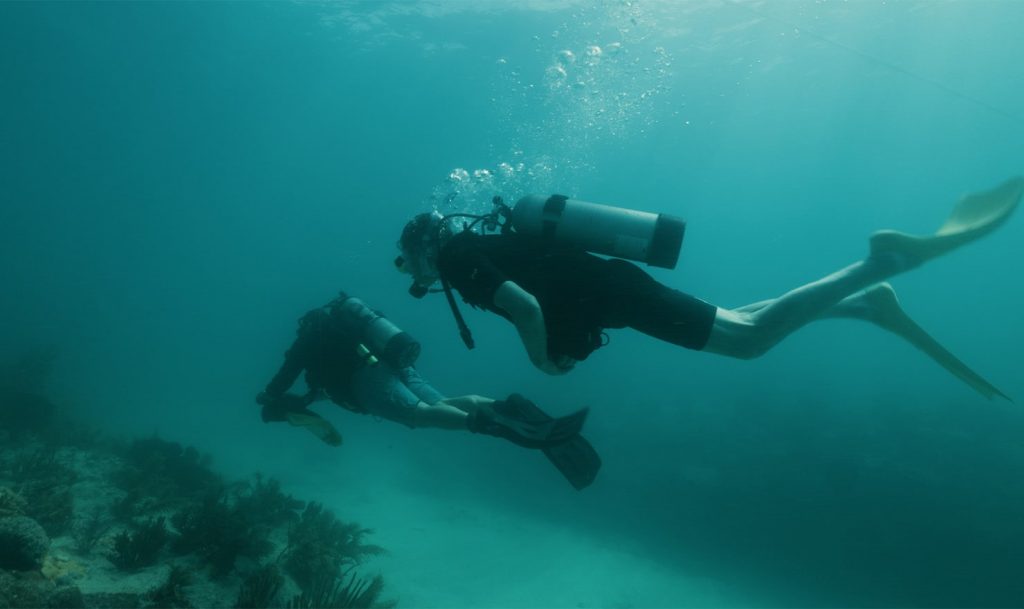 Coral reefs cover less than 1% of the ocean floor but are vital to nearly a quarter of all marine life. Reefs around the world are declining due to changing climates among other factors, such as stony coral tissue loss disease.

Florida coral are greatly affected from an outbreak of stony coral tissue loss disease. This disease was first identified near Miami in 2014 and has spread to affect nearly all of Florida’s coral reefs. Some species of coral in the affected area have survived while other species have experienced full mortality. Scientists are still researching the disease to greater understand how some coral can resist it.

Stony coral tissue loss disease attacks zooxanthellae, tiny plant cells that live in coral and allow coral to get food from sunlight. The disease is transmitted in the water, but scientists are unsure if the coral tissue irritation is caused by a virus or bacteria.

At Orlando’s Florida Coral Rescue Center, staff are using rescued coral to restore Florida’s coral reef. This included being ahead of stony coral tissue loss disease by collecting healthy coral from 2019-2020. By rescuing this coral, researchers preserve genetic diversity and breed the coral for future restoration of the reef. 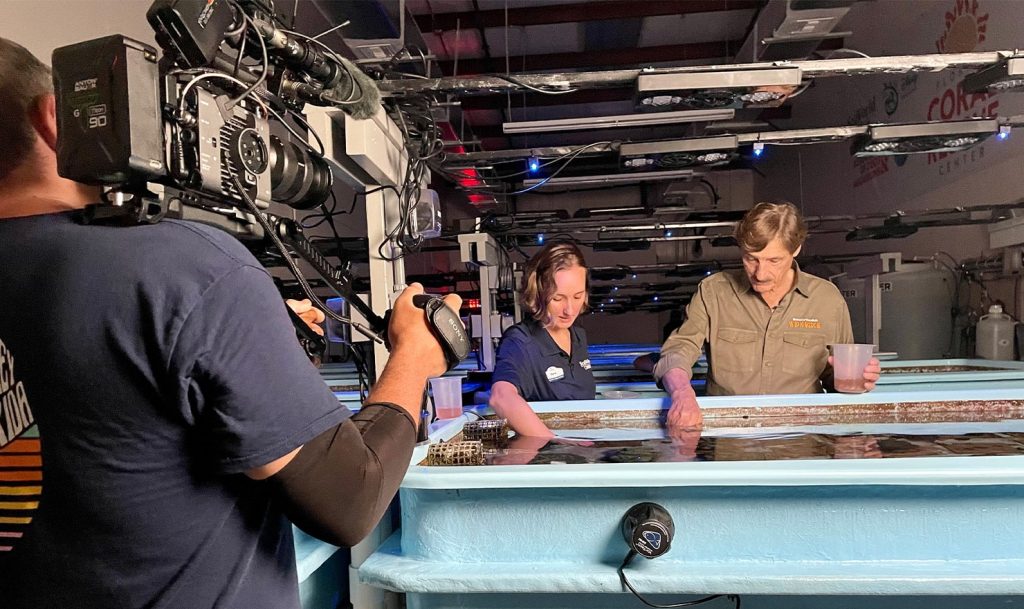 The facility holds 700 individual coral made up of 18 species. Staff control the light, water flow, PH balance and temperature of all tanks. Lights are set to mimic conditions in the Florida Keys. Staff also keep a close eye on calcium and alkalinity elements in the water as coral use these elements to create their skeleton.

Unlike other animal rescues that focus on one species, coral rescue is the first attempt to rescue an entire ecosystem. Coral reefs are home to and support many species of fish, crabs, urchins, algae and many other sea creatures. Florida Coral Rescue Center’s goal is to create a gene bank, so ultimately these coral’s offspring will return to the reef.

The Florida Aquarium Coral Conservation Program in Apollo Beach is making great strides for coral. This program has successfully spawned 14 species of coral while in human care. There, staff controls the coral’s light to replicate moon cycles and adapts the water temperature and flow to mimic what coral experience in the wild. 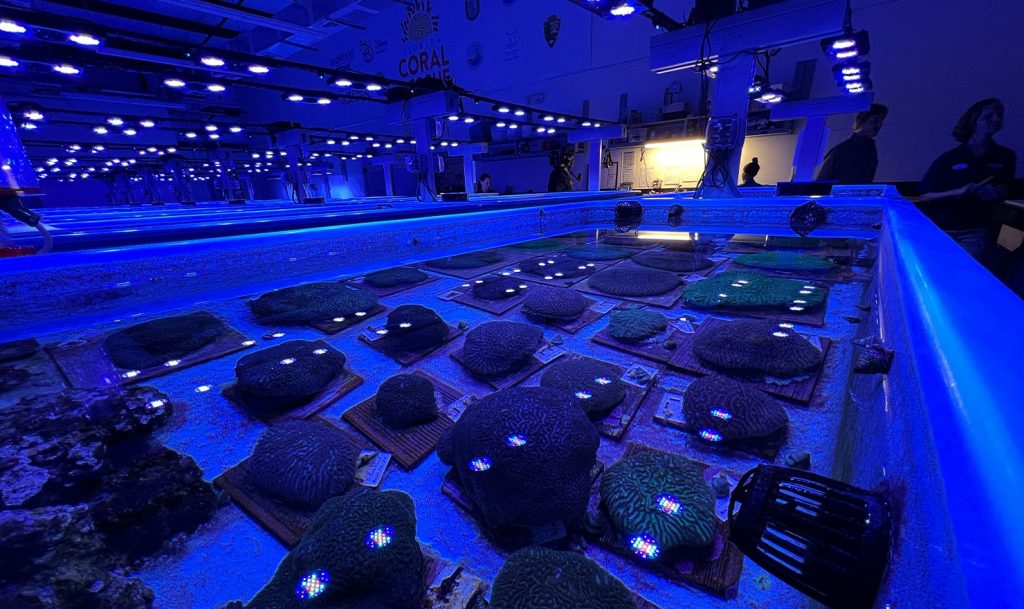 The Wild Kingdom crew learned that some coral are brooders. In the wild, this means they produce larvae (coral babies) that emerge from their parents and settle on a nearby reef. Other spawning varieties send their eggs out into the ocean sometimes traveling miles for fertilization. The conservation program replicates this process by releasing larvae into a tank and allowing them to settle on tiles where they will attach and grow.

In the Florida Keys, Wild Kingdom Host Peter Gros joined Mote Marine Laboratory and Aquarium staff on a dive to see a coral nursey with 250 coral “trees,” PVC pipes onto which the staff attaches and grows coral. In the nursery there are approximately 1,500 coral, mostly staghorn and some elkhorn varieties. This coral will naturally break and recreate on its own. 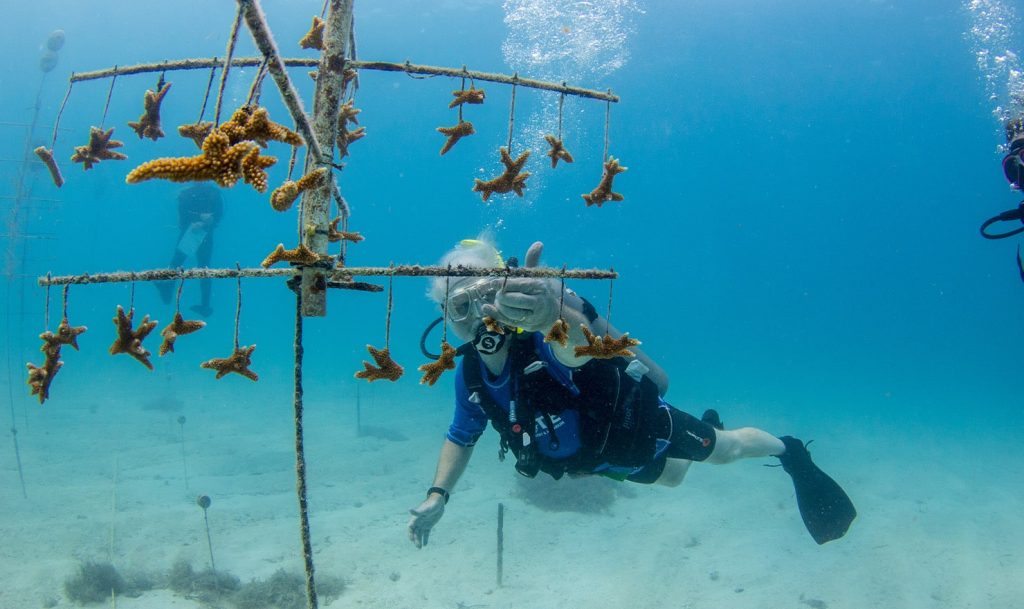 In the wild, nearby Looe Key coral reef is down to 1-2% coral coverage. This means the coral can no longer recover on its own and requires human intervention.

A hopeful future for Florida coral

Coral lives in co-dependent communities, so when one species is removed, many others are affected. Coral loss is devastating to the ecosystem because a coral reef serves so many purposes. Not only does it support marine life, but it also breaks up large ocean swells, preventing onshore flooding. Without this natural barrier, coastal and noncoastal residents are affected with rising flood insurance costs. Finally, coral has a large financial impact on tourism being an $8.5 billion industry and supporting 1.5 million jobs directly or indirectly. 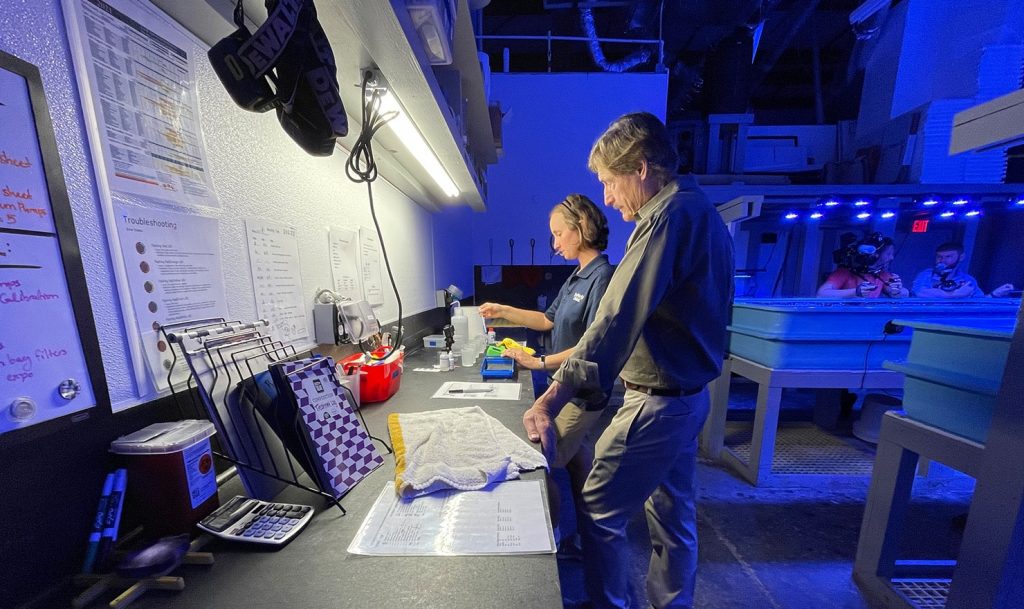 But there’s hope. An unprecedented number of scientists from many organizations across the U.S. and the Caribbean are collaborating to research and save coral. Traditional research is instigated in silos and information only comes together when scientists are ready to publish results. But coral researchers are in constant contact, as time is of the essence to save coral. Scientists are advancing research and coral care faster than ever before and are continuing to grow by developing the next generation of coral scientists.

There are only 26 remaining pillar coral in the wild. Of those, six are diseased, and the remaining 20 are too far apart to successfully spawn. Pillar coral cover less than 5% of their original area. Thanks to the Florida Aquarium, there’s hope for their future. The aquarium has more than 200 pillar coral in their care, which have yet to be reintroduced to the reef. Scientists are monitoring other species of coral that have been replaced in the reef to judge the success of these efforts in determining the pillar coral’s future return. 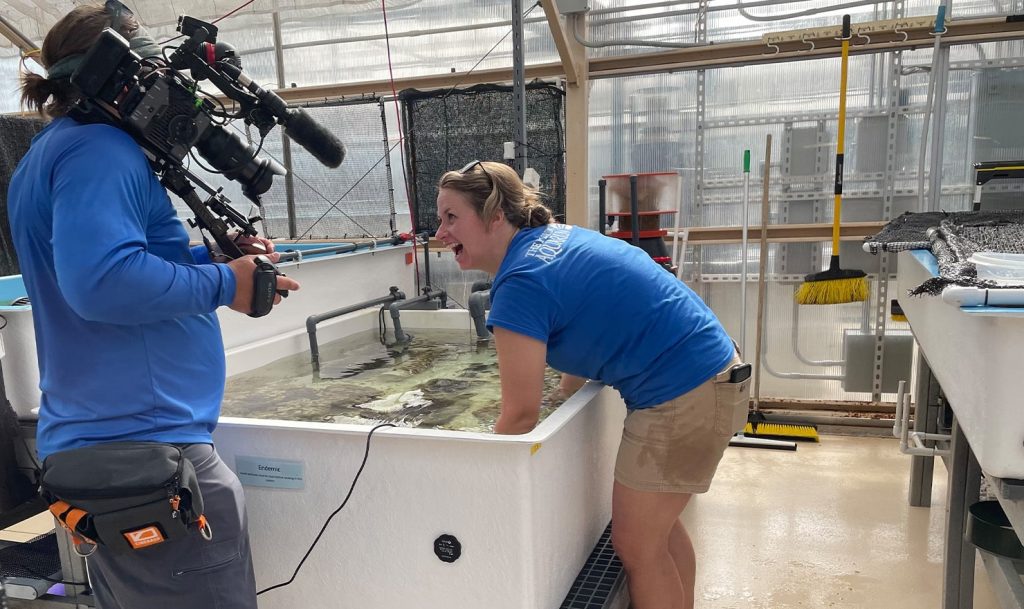 Restoring coral in the Midwest

A seemingly unlikely hero in coral restoration is in the Midwest. Omaha’s Henry Doorly Zoo is one of 20 Association of Zoos and Aquariums (AZA) accredited facilities involved in the Florida Tract Rescue Project. Since 2019, nearly 2,000 coral have been placed at zoos across 14 states for the project. In the last three decades, Florida’s waters have lost more than 90% of coral in certain areas. Without human intervention, these fragile ecosystems would be headed toward extinction. 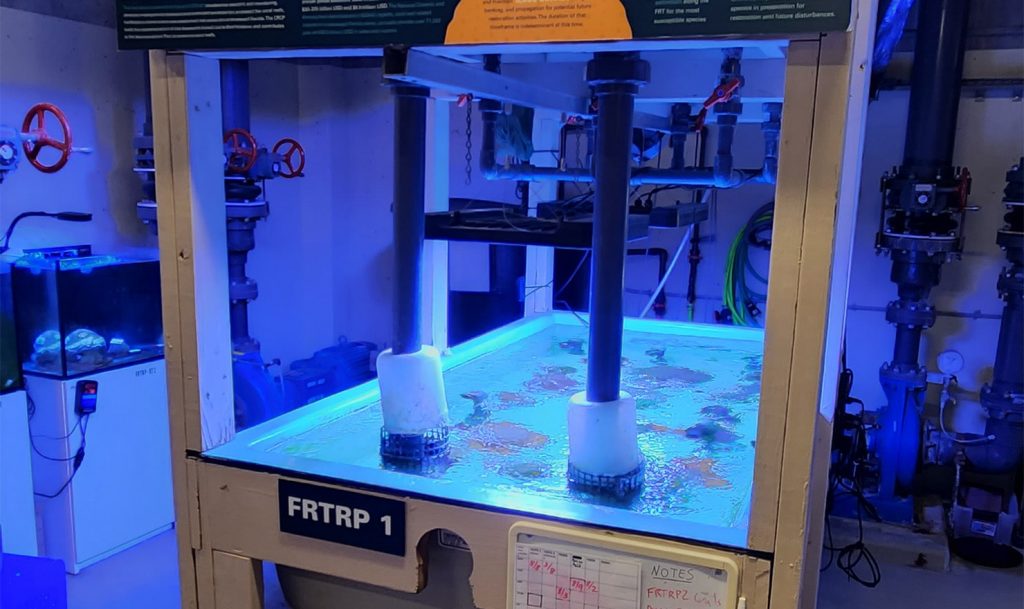 The Wild Kingdom team visited the Henry Doorly Zoo to learn how it’s helping preserve this important species. Currently, the zoo holds 100 colonies of coral and plans to double these colonies within the next year. The zoo’s team are holding coral to act as future breeding stock and meeting weekly with other program locations to share coral care tips. They’re also studying coral medicine and developing diagnostic tools to expand a knowledge base of medications used to support coral health.

How to help coral

The premiere dates for Mutual of Omaha’s Wild Kingdom Protecting the Wild are here. Looking for more behind the scenes content? Learn more about our trips to Florida while filming for the sea turtles and manatees episode.